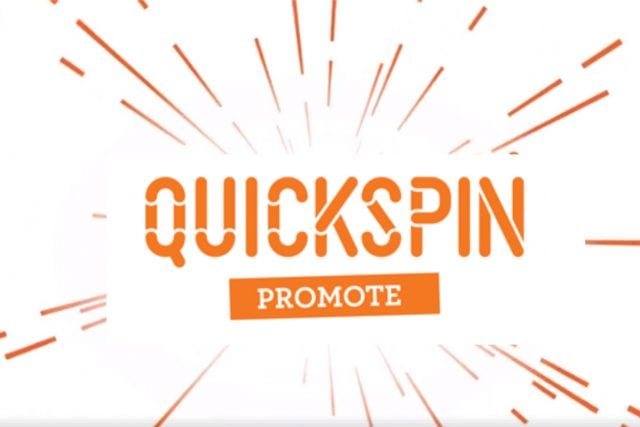 Late last year, Swedish slots specialist Quickspin was hard at work developing yet another innovative tool to add to its plethora of real money games. The Playtech Group company has now revealed the launch of its latest, market-leading player retention tool: Quickspin Challenges.

Challenges has been engineered as a player retention tool that is optionally available to the developer’s casino operators. It enables an extra, immersive level of gameplay for all players to enjoy, and can be layered smoothly on top of Quickspin’s existing online slots titles.

Emphasis has been placed on making the new system as immersive and engaging as possible, according to the press release accompanying its launch. Essentially, Challenges is presented as a mini-game that is displayed on top of each original title, providing an additional level of fun to the gameplay. This is also fuelled by the outcome of the spins from the original title, meaning that the two are intrinsically linked and work together to provide exceptional entertainment for all.

More Prizes Than Ever Before

In using the mechanic, players’ aims are to guide an in-title character through a sort of maze in a quest to win a final, considerable prize. This allows punters to unlock various smaller prizes and modifiers along the way as the maze’s path is generated at random. Furthermore, even if they do not eventually reach that huge final win, they will still be able to enjoy the smaller rewards on offer along the journey.

According to Quickspin CEO Daniel Lindberg, his company is thrilled to be launching its new Challenges module to participating casinos. He noted that his team has designed the retention tool to offer extra excitement in the developer’s slots, and are hoping that it will give punters the opportunity to enjoy playing them even more than before.

The tool, according to Lindberg, will add another layer of excitement on top of what is already a market-leading gaming experience. Gamification, he said, is the future of the iGaming industry, and his firm is proud to be leading the trend to new heights. He also urged fans to keep a lookout for many more exciting developments from his business in 2019.

Challenges has so far been launched on two slot titles; Goldilocks and Dwarfs Gone Wild. It will also soon be integrated into all of Quickspin’s games. The mechanic’s launch wrapped up a highly successful year for the Swedish-based firm, which celebrated the release of many smash hit games like Ark of Mystery, Eastern Emeralds, and Dwarfs Gone Wild. It also launched its Tournaments feature earlier in 2018, receiving rave reviews from cash players and operators alike.

Are YOU up for a challenge? Play online slots at Canada’s leading casinos TODAY!