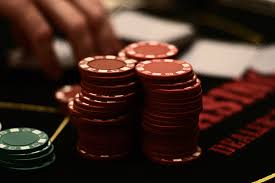 Gambling addicts in BC have turned to the courts in an attempt to hold casinos responsible for their gambling habits. In British Columbia, gaming addicts are suing casinos and the B.C. Lottery Corporation, claiming that, as part of the BCLC’s Responsible Gaming Program, they had signed up to be kept out of the casinos. Instead, the casinos allowed them in where they lost hundreds of thousands of dollars.

The BCLC has developed a GameSense program that is designed to help casino players with problem gambling behaviors. GameSense aims to guide these individuals towards limiting their gambling activities through play education and a focus on the risks associated with gaming.

GameSense focuses on the goals of keeping gaming fun and improving gamers’ awareness and knowledge of how the games work and the odds involved in winning and losing.

The BCLC says that it wants to encourage all patrons of BC gambling venues and activities, including casinos, racing tracks, bingo games and online and offline lottery games, to make healthy choices regarding their gambling pursuits. Toward that end, the BCLC requires that all casino staff members who interact directly with the players complete an appropriate Response Training educational program. This program aims to train casino staff to assist players in taking a proactive stance on responsible gaming. The training provides the casino staffers with resources that they can make available to players and their families regarding responsible play. The training also gives the staff members skills for communicating effectively about responsible play.

In addition, the BCLC operates a Voluntary Self-Exclusion program in all BCLC-affiliated casinos. Players who feel that they are in danger of becoming excessively involved in gambling activities can self-exclude on a voluntary basis. Players decide on the length and type of self-exclusion from slot machines, online PlayNow.com Internet gaming or bingo halls. The self-exclusion can be set to run from six month to three years.

A number of BC gamers now claim that the GameSafe program is ineffective. They say that they can’t depend on BC casinos to honor the self-exclusion requests. There have even been reports of suicide attempts that have come about due to the ineffective nature of the self-exclusion program. Gamers who request to be excluded from the casinos say that they are allowed continued entry into the casinos and that no one prevents them from engaging in gambling activities.

There are presently four separate lawsuits that are in BC courts which target the self-exclusion program. Jim Hanson and Laird Cruikshank, lawyers for the plaintiffs, have filed on behalf of their gambling addict-clients who report that they are stopped or removed from the casino only on rare occasions and that the casinos aren’t living up to their promise to help them overcome the effects of their addictive behaviors. These plaintiffs request that the casinos repay the money that they’ve made from the problem gamers’ gambling pursuits in an amount that totals $400,000

Marie Martin is suing Great Canadian Gaming Corporation, Gateway Casinos and Entertainment Inc and the BCLC. She signed up for the self-exclusion program in 2005 and, she wrote, “consistently continued to enter and gamble at the River Rock and/or the Grand Villa without ever being questioned, stopped, or turned away.” The complaint concludes that “as a result of the defendant’s failure to properly enforce the program, the plaintiff has suffered significant financial loss.”

Carol Barton is suing Goldwing Investments, Enterprise Entertainment, Gateway Casinos and Entertainment Inc. and the BCLC. In her court filings she writes that she signed up to the self-exclusion program four different times and was promised she would not be allowed to enter the casino. Yet no casino denied her entrance. According to Barton she lost $200,000 during the periods she had signed up for the self-exclusion program and even attempted suicide in her despair.

A fourth lawsuit targets the Great Canadian Casinos Inc and the BCLC for $38,000 that a woman claims that she lost after signing up to the self-exclusion program but being allowed to proceed gambling as usual.

The suits come at a bad time for the BCLC. Major expansions of gambling venues in downtown Vancouver are being planned. The BCLC and the BC Place Casino have been arguing that the social costs will be minimal but the lawsuits are focusing on the question of whether this is true.

Gambling expert Colin Campbell says that BCLC and its casinos have been negligent in following through with the self-exclusion program because the problem gamers are the casino’s best customers. He notes that “they’ll turn a blind eye because those players are paying their paycheck.”

BCLC President Michael Graydon doesn’t accept that claim. He argues that it’s up to the gamblers to take the responsibility to stay away from the casinos. “It’s a voluntary program and that’s made clear at the time of signup,” he said.

In a hidden camera investigation, CTV News was able to document an excluded gambler walking into and out of multiple casino venues without being stopped. After that report Graydon announced that BCLC has made changes to make sure that the self-exclusion program is enforced in BC casinos. These changes include adjusting the entrances so that facial recognition software technology can identify problem gamers as they enter the casino.

BC.’s Finance Minister, who is responsible for gambling activities in the province, has ordered a review of the casino practices and the BCLC has promised to fix the program within a year.

Only gamble what you can afford to – All Slots Casino