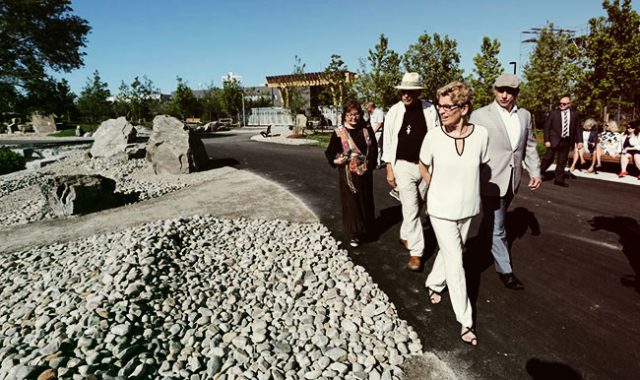 In July 2017, then-premier Kathleen Wynne unveiled a new $30-million, 7.5-acre waterfront park on the site of what had been an Ontario Place parking lot. (RICHARD LAUTENS / TORONTO STAR FILE PHOTO)

Canadian Premier Doug Ford’s plans to revamp Toronto’s waterfront has garnered plenty of interest in the gambling industry. Now, it seems that a downtown casino complex could once again be on the table as part of the anticipated redevelopment of Ontario Place.

Ford, who was outspoken in his support for a casino at the location during his stint as a city Councillor, has also privately spoken about reviving the concept, according to two different industry insiders. The neglected, provincially-run theme park was all but abandoned a few years ago.

With that said, there have been no official discussions with Ontario’s private gaming partners about another Toronto casino being built. Furthermore, the property would have to overcome hefty regulatory hurdles in order to actually be approved, which further complicates the issue.

Toronto Mayor John Tory is strongly opposed to any plans for a downtown casino as well, and the city council echoed this sentiment in a vote back in 2013. Additionally, to open a gaming venue at Ontario Place, the local government would need to strike deals with gambling firms that operate venues elsewhere in the province, and would face a sharp increase in competition due to the new rival.

The consortium that operates three similar casinos in the Greater Toronto Area also has an effective veto on any gambling-related developments in the region under the terms of its deal with the Ontario Lottery and Gaming Corporation, according to insider sources. Ford revealed last month that the province would revamp Ontario Place in collaboration with the City of Toronto to make it the ‘most spectacular destination’ to visit anywhere in North America. 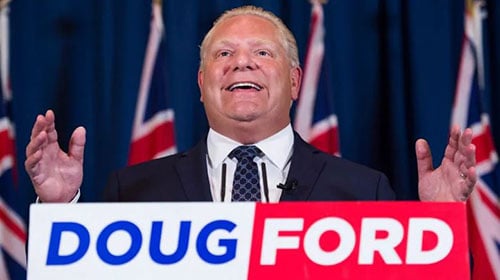 Want to play casino games NOW?
Sign up and stand a chance to win!

The massive waterfront area has long been eyed as a possible site for a new gaming complex. Ontario Place was shut down almost entirely due to poor attendance from visitors and seeming government disinterest back in 2012. Since Ford’s announcement, he and the government have not supplied any official details of their plans – but sources have noted that the Premier has taken a personal interest in the case.

When he was a Toronto city Councillor under his late brother, Mayor Rob Ford, Doug Ford was in favor of a waterfront gambling hub, pushing plans to install a monorail and a Ferris wheel in the area. Unfortunately, the plan did not go ahead. Now, Mayor of Niagara Falls Jim Diodati has hinted that the project has been on Ford’s wish list for some time, adding that if the Premier ‘decides he wants a casino’, he is very likely to get one.

In the meantime, City officials have promised to release further details on their plans for Ontario Place soon.