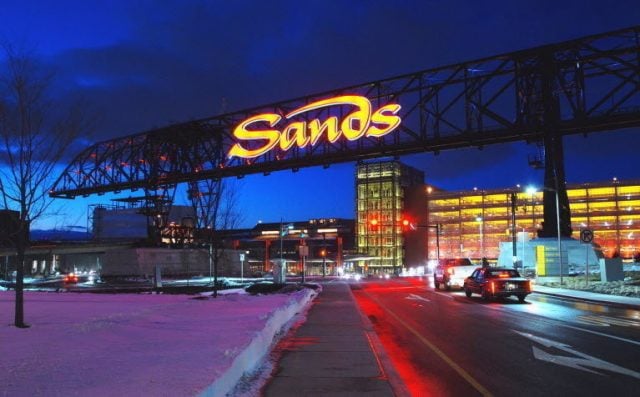 Sands Casino Resort Bethlehem, in Pennsylvania, has been sold to an Alabama-based Native American tribe. Details of the deal will be finalized in 2019’s first quarter. Mayor Bob Donchez revealed this information after communicating with the Poarch Band of Creek Indians’ privately owned subsidiary, Wind Creek Hospitality.

The Poarch Band is the only federally recognized Native American tribe in Alabama, although eight others are recognized within the state itself. While not a huge operator, Wind Creek Hospitality does own and administer several other casinos. The purchase is bold move forward for the tribe’s economic interests, but it is thought to be large enough to handle it well.

While the tribe already has a provisional purchase agreement in place, for US$1.3 billion, Donchez explained that Wind Creek Hospitality would probably not make any public comments before the sale is concluded. At the moment, the takeover deal is undergoing a process of background checks, carried out by local regulatory authorities.

How Bethlehem Could Benefit

At this stage, the deal could still fail to come to fruition. Two previous agreements have already fallen through. However, if it is completely, the metropole and the district could each get real estate transfer tax of up to US $6.5 million. The proposed plan will be outlined at a public hearing on November 15, 2018.

Wind Creek Hospitality may not have said anything about the sale so far, but the City Council has already revealed its priorities for the funds it could receive. The administration has proposed that US$23 million be given to a list of deferred capital projects over the course of 2019.

While this is still subject to approval, following the 2019 budget process of the Bethlehem City Council, the proposal itself is understandable. According to Business Administrator Eric Evans, the metropole has several needs that have had to be deferred until now.

Nine years ago, the City and the Las Vegas Sands Corporation signed a deal to ensure the historic preservation of the Bethlehem Steel property. The casino and events center is built on the site where the steel operation originally stood, and developing it as a gambling destination was part of the company’s plan to rehabilitate the south side of the urban center.

With the new sale, some people are questioning whether Wind Creek Hospitality will be required or willing to honor the deal. Officials have shared hoped and expectations that this will be the case, so there is no reason to think that it won’t be. After the detail is concluded, it should become easier to find out more.

For big bonuses and huge wins, sign up
with a top online casino today!