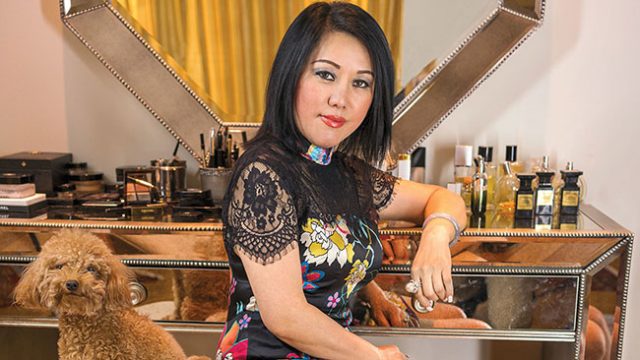 It wasn’t long ago when the world was abuzz with news of poker star Phil Ivey’s controversial edge sortingedge sorting scandals. Now, Ivey’s edge-sorting partner in crime, Cheung Yin Kelly Sun, is back in the headlines – although this time, the reason behind it is far less villainous.

Instead, we will soon be seeing Kelly Sun’s character portrayed on the silver screen in an upcoming film. The producers of Crazy Rich Asian have come together and collaborated with Kelly Sun in order to tell her version of events to film-goers around the world.

Sharp Independent and Ivanhoe Pictures have teamed up to tell the amazing story, based on an article titled ‘The Baccarat Machine’ which appeared online two years ago. The article detailed the player’s education in gambling, the plays she used at casinos, and her infamous edge sorting spree with Phil Ivey.

A Real Story is Brought to Life

A renowned card game expert in Macau and Las Vegas, Kelly Sun has an incredible ability to sort card edges – an extremely controversial technique that is frowned upon, or indeed banned, at most gaming establishments.

The movie, which is named The Baccarat Queen, portrays Kelly Sun, the daughter of a wealthy factory owner in Hong Kong, as she rises to glory. The owner, who eventually passes away, funds his daughter’s travels around the world, during which time she managed to perfect her edge sorting technique. Kelly Sun rakes in millions in profits playing Baccarat with this same technique.

However, a stint in jail over an unpaid marker prompts Kelly Sun’s character to seek revenge on the gaming operator that filed a case against her. Targeting the operator’s properties, like the iconic Borgata casino, and winning millions in the process are all part of her plans to exact sweet revenge.

The film does not yet have a release date attached to it, but it will reportedly be produced in English for an international audience. There is no word yet on whether or not Kelly Sun herself will feature in a cameo part in the movie, or if Phil Ivey will take the release as a chance to earn some of the cash he needs to pay back to the Borgata.

One thing is for certain: the film will stay as close to the truth as possible. Kelly Sun was indeed arrested and jailed back in 2007 after signing a marker for a friend who never paid it. She was imprisoned for 20 days before her father was able to post bail. During that time, her mentor Steven Black gifted her a pack of playing cards, told her to practice hard, and the rest is history.

Along with teaching her how to play, Steven also introduced Kelly Sun to Ivey before the two embarked on their legendary hustle of the Borgata and Crockfords. Both sprees ended in extended court cases, and the case of Ivey vs. the Borgata is still ongoing.