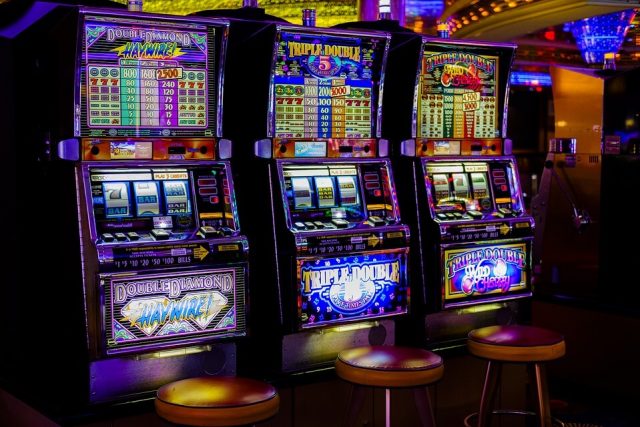 The festive season turned out to be a fantastic one for operators of slot machines in the US state of Pennsylvania. According to a recent report by the Pennsylvania Gaming Control Board (PGCB), slots revenues increased by a whopping 8% locally in December last year when compared to the same month of the previous year.

The report details the monthly gross earnings of 13 casinos, all of which enjoyed year on year improvements in the last month of 2018. The Rivers Casino generated the largest increase, raking in $2.76 million more than it had done in late 2017. Valley Forge, on the other hand, had the largest increase in terms of percentage, experiencing an 18.2% rise in revenues during the period in review.

Overall, the gaming venues earned $202 million from slot machines alone in December. This is around $15 million more than they had done in the same period of 2017, showing that while land-based gambling attendance might be dropping, the popularity of one-armed bandits certainly isn’t.

This increase in revenues also comes despite the fact that there have been fewer machines in operation than usual. When combined, the establishments had a total of 25,442 machines last year – 407 less than they did back in 2017.

The PGCB’s report also supplies financial figures for 2018 as a whole. Slots revenues climbed to a respectable $2.3 billion in the year; 1.4% more than was earned the previous year. Tax revenues from these earnings came to $1.2 billion, which were used for property tax reductions for the residents of Pennsylvania, as well as supporting the horse racing market and funding a slew of development projects.

Great News Ahead for the PGCB

Of the 13 venues mentioned in the report, just six of them saw their slots revenues increase year on year. These increases were substantial enough for the state’s gaming hubs to present an overall gross revenue increase of $33 million. The report notes that the PGCB is expecting to have full revenues for 2018 publicized later this January.

The news comes as a very positive development for Penn casino operators. In November last year, the PGCB noted that October revenues had dropped by 3.5% compared to 2017, and slot machine gaming experienced a 1.7% decline as well. This recent increase has helped to keep operators and tax collectors motivated for the future, and there is better news yet.

If the state’s market is not already saturated, the Gaming Control Board can also expect earnings to increase even further in 2019 as more and more casinos move online, after having recently been granted licenses to do so for the first time in history.