Pro-Turtle Group To Inform In Peace 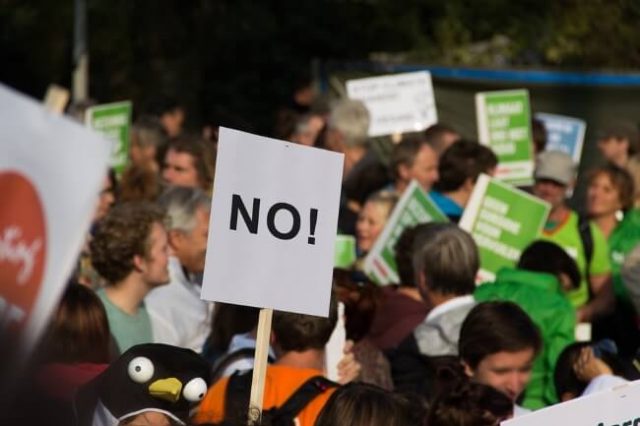 It’s all-systems-go for the community of North Bay to benefit from the presence of its very first casino ever. The entertainment and gaming venue will be developed and operated by Gateway Casinos & Entertainment, and what with the community currently being in dire financial straits as a result of unemployment and widespread financial challenges, news of the casino-development could not have come at a better time for many.

But there is also another side to the story. North Bay is home to a community of endangered turtles, because that’s where Blanding’s turtle (also lovingly referred to as smiling turtles) makes its home. Residents of North Bay have for some months now been trying to determine the best possible way forward in an effort to ensure that the community is able to benefit from the new casino complex, but not at the expense of the local turtle-community. After a lot of to and fro, environmental activists known as Save the Turtle, Stop the Casino, who had been voicing their concerns on behalf of the turtles, have reached the conclusion that instead of taking the matter to the legal battle field in the form of protests on World Turtle Day (May 23), a more positive and approachable action would be to instead offer an information session where people are able to come to learn more about why the turtles need protection and how this may be achieved even with the new casino business in the picture.

No Change Of Location Yet

Gateway Casinos had previously indicated that they were more than willing to enter into discussions with the provincial government in order to come up with solution that would enable construction to go ahead, but also one that ultimately be kind to the turtles and not cause them harm in any way. But advocates speaking out on behalf of the turtles remain concerned about the development because of the fact that the location for the construction has not changed.

The proposed site for the new development is right on Pinewood Park drive; a location particularly attractive to the casino bosses, but necessary for vitality of life for the local turtle-population.

Save the Turtle, Stop the Casino at one stage even considered closing down the nearby highway in an attempt to disrupt locals to such an extent that they would be forced to stop and pay attention. But this and other disruptive plans have all been put on the back burner and will be replaced by a more amicable and peaceful process of appeal.

Get set for the BIGGEST wins and the best casino games ONLINE! Play now.