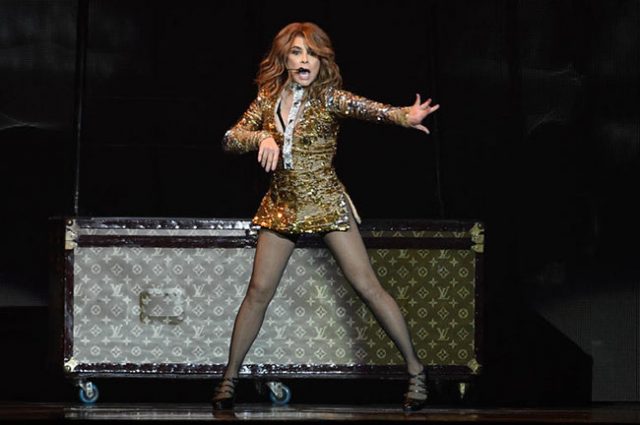 Veteran of pop music Paula Abdul revealed her plans for an upcoming Canadian tour last year to her adoring local fans. Unfortunately, the pop star has now been forced to scrap these plans due to what she says are “unforeseen circumstances”.

The singer has been delighting her fans across the globe with her latest action-packed tour, Straight Up Paula! The tour is her first solo venture in over 25 years, but alas, her devotees in the Ontario region of Orillia have had their dreams of seeing it in the flesh dashed by the news. The concert was set to take place in the city on March 30 this year.

Commenting on her announcement, Abdul took to Twitter (@PaulaAbdul) to say that it “breaks her heart” that she will not be able to perform at Casino Rama Resort in Orillia next month. She apologized profusely, saying that unforeseen circumstances had forced her to cancel her plans for March, but promised her fans that she would make it up to them regardless.

Promoters of the event have not yet shared the exact reason for the star’s concert cancellation, and fans are still waiting for a more detailed explanation of exactly why they won’t be able to see Abdul in person this March. In the meantime, ticketholders have been given the chance to claim refunds for their purchases.

In other news related to the establishment, employees at Casino Rama recently voted in favour of a new set of agreements relating to their wages and work benefits. More than 1,400 workers belonging to Unifor 1090 sat down for a 15-hour information session last week, after which they voted 72% in favor of the casino’s proposed set of wage increases, pension benefits and more.

Average wages will now by increased by around 10% under the terms of the new deal, while workers’ pensions will also receive a sizable boost. Employees will also be allowed to retain their original ten days’ worth of emergency leave, as per their previous contracts with Gateway.

According to Unifor’s regional representative Steve Batchelor, the new employee contracts have now brought Rama’s in line with those of all of Gateway Casinos and Entertainment’s other gambling establishments. He says that more than 1,100 staff members voted on the proposed deal, which required a 51% positive vote or higher in order to be implemented.

With that said, the union has warned that while employees are satisfied for now, they have still voiced widespread concerns about their futures. Staff are reportedly worried about the future of the resort in light of fierce competition within the Canadian land-based gaming industry.