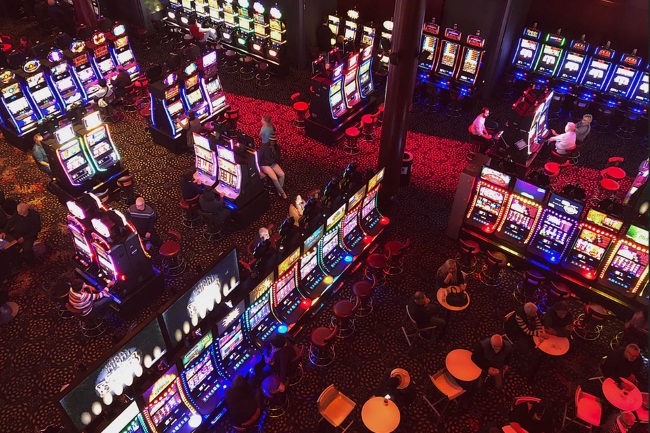 Crown corporation Manitoba Liquor and Lotteries a couple of weeks ago remotely deactivated at least half of the Video Lottery Terminals (VLTs) under its control in Manitoba province. This in “keeping” with social distancing policies instituted by government in an attempt to curb the spread of the deadly coronavirus responsible for causing Covid-19 in humans – a virus that has to date killed more than 30,000 people worldwide.

But according to a general manager of a Winnipeg hotel, who has requested to remain anonymous for fear of a backlash from the mentioned Crown corporation, there remain some 2,500 VLTs in active service. What’s more, even though the gaming terminals have been rearranged so as to create some physical distance between players, the mandatory six-feet distance between people in enclosed spaces, isn’t being adhered to at all.

Safety Not A Priority

Current Covid-19 guidelines dictate that all non-essential services should be put on hold in an attempt to save lives. Since casinos and Bingo venues and gaming halls all over the country have temporarily shut their doors in an attempt to stop the virus from causing the deaths of even more Canadians, it’s shocking and in particularly poor taste that the Manitoba Liquor and Lotteries, and especially what with this being a Crown corp., is assuming such a haphazard approach to the safety of Canadian nationals.

The coronavirus is known to stick to surfaces for up to 72 hours on end, and to some surfaces for even longer, which makes the mentioned gaming terminals being open and welcoming players on an ongoing basis to be even more astounding a decision on the part of the corporation.

VLTs Not In Line With Guidelines

It must also be mentioned that Prime Minister Justin Trudeau is literally pleading with people to stay at home and avoid any unnecessary contact with other people. VLTs are positioned in such a way that folks are in constant close contact with one another when playing on the machines. The fact that people are more likely to be distracted when engaging with VLTs, and way less likely to pay close attention to adhering to strict personal hygiene rules and social distancing rules, is a major concern too.

The Crown corporation earlier on this month temporarily shut down two casinos and a gaming centre in the province but said that individual VLT-licence holders were at liberty to decide for themselves whether or not to keep operating the gaming machines.