Ontario Racetrack Inks Accord with HBPAO 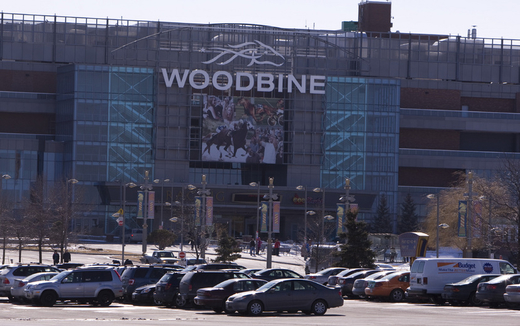 Canada’s Woodbine Racetrack is one of the most popular destinations in Ontario for thoroughbred horse racing events. This supports both the racing industry and those wagering on it. Recently, the course revealed that it had inked a new deal with the Horsemen’s Benevolent and Protective Association of Ontario (HBPAO), which will shape the next four years of its future on-site operations.

Along with this, the agreement will also pump nearly $22 million into guaranteed purses and investments into the upcoming development of the local field. Betting on horses is a preferred pastime for millions of Canadians, and Woodbine provides Ontarians with the opportunity to do so daily.

With that said, thoroughbred racing is desperately in need of a boost – one that might just happen within the foreseeable future. This is thanks to a new agreement inked between the province’s leading association and the location at which the wagering and racing activities are held.

$22 Million Set to Be Invested

As a result of the ground-breaking deal, the sector is expected to see larger investments and massive improvements, too. Out of the overall $22 million investment, around $18 million is planned to be put into total guaranteed purses, which is sure to attract more punters to the racetrack. Furthermore, operator Woodbine Entertainment has agreed to supply continuous field support, including a $1 million boost every year of the four-year deal.

This annual fund supply is set to bring even more offerings to the racing field, as well is improving its current state. The ultimate goal of the deal is to create a better experience for everyone involved, and to create improved conditions for provincial horsemen. The announcement of the agreement comes at an essential time for the Thoroughbred field, as it has the power to bring more to the industry and the people interested in wagering on it in one fell swoop.

Next Season Starts in April 2019

President and CEO of Woodbine Entertainment Jim Lawson has shared his opinion on the new partnership, stating that the few weeks left of 2018 are a crucial time. They will reportedly determine the ‘line of development’ for 2019, as well as the other consecutive years leading up to 2022. While on the topic of next year’s racing schedule and the exciting events therein, the next season is set to kick off on April 20, 2019.

The agreement has outlined the general developmental direction that will be followed over the four years of its length. President of the HBPA of Ontario Sue Leslie has expressed her approval of the deal, saying that it further cements the relationship between the Horsemen’s Association and Woodbine. Protecting the horse field, she says, is vital to its future success and development.