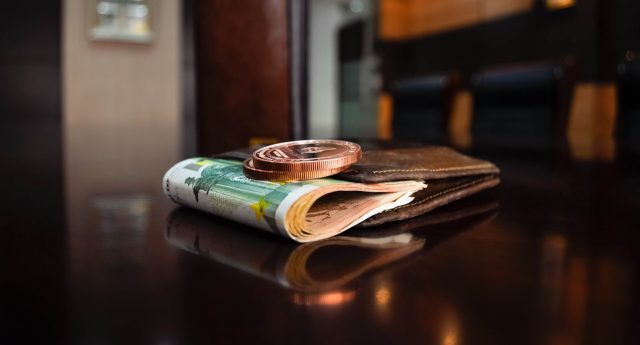 It’s not uncommon to hear of gamblers losing hefty sums of money at land-based casinos. While these exciting venues certainly generate their fair share of thrilling cash wins, they can also lead to devastating losses for some players who happen to have been having an unlucky day at the time.

Recently, a Canadian gambler lost a fair amount of cash at a local gaming joint himself – although not in the way you might expect. No, he didn’t spend too frivolously at the blackjack tables or go crazy with his bankroll at the slot machines. It wasn’t even a matter of him forgetting to budget carefully lest he head home without a penny to his name, or being scammed by a wily visitor looking to make a quick buck.

An Unlucky Turn of Events

Interestingly, the man in question who hails from Ontario approached the Niagara Falls Police station with a different tale entirely. He claims that while playing at the iconic Seneca Niagara Falls Casino, he managed to lose $2,700 in local currency last Saturday evening.

But how did this happen? Well, according to the police’s report on the matter, the man allegedly dropped a hefty wad of cash out of his pocket at around 5:15pm local time when he got up to leave his preferred gaming table. This was certainly an unlucky turn of events for the local Canuck, and indeed a surprising way to ‘lose’ cash at a gambling hub too!

Once he had realized that his cash was missing from his pocket several minutes later, the player immediately headed over to casino security to inform them of his faux pas. He urged security personnel to check their surveillance video footage in a bid to track the money down, which they agreed to do.

The surveillance footage taken around the time of the loss did show something falling out of the man’s pocket, although casino officials informed police that they could not make out for sure exactly what it was. Upon further inspection of the footage, a Buffalo, US man was seen walking over to the item and pocketing it himself.

Unfortunately, what was seemingly a promising lead ended up being little more than a dead end for the Ontario player. The American man later denied having come across any money when he was questioned, and even showed his wallet to officials at Seneca Niagara to prove to them that there were no Canadian dollars inside it.

As for whether the gambler will ever see his $2,700 is now open to conjecture. However, officials have urged players to keep their cash in secure places wherever possible, and to avoid storing valuables in open pockets out of which they can easily fall.

Make sure you keep track of your money! Play casino games safely and securely ONLINE