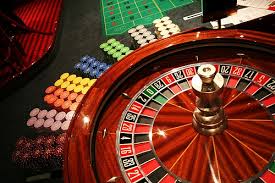 Canada’s gambling laws don’t mention online gaming by name, but legal experts agree that there are no laws prohibiting playing at freemarket sites. Canadians can enjoy offshore casino entertainment at their leisure.

What about casino sites and sports betting venues that are based in places like the Isle of Man, Gibraltar, Malta or Antigua? The same laws that apply to the regular freemarket casinos apply to the these sites as well.

Lawyer Michael Lipton, a gaming law expert with Dickinson Wright in Toronto and has been involved in legal issues of relating to freemarket gambling in Canada says that “there have been no prosecutions that resulted in convictions or guilty pleas, so the offshore sports books look at Canada as a grey zone.”

The United States government has been very active in restricting access for American citizens to freemarket casinos. Their interest stems from the possibility that the online banking used in casino activities could be used to launder money that would then be used to finance terrorist activities. Using this rationale and by restricting online banking options for gambling pursuits, they have effectively kept freemarket casinos from operating in the United states

The Canadian government, on the other hand, turns a blind eye to internet betting. Why is this so?

A lot of the reason has to do with the fact that gambling was legalized in Canada before the Internet appeared. The provinces were given responsibility for gambling — each provincial government was expected to monitor and regulate gambling within the provincial borders. The provinces each created their individual Lotteries and Gambling Corporation to oversee brick-and-mortar casinos, First Nation casinos, charity lotteries and lotteries within the borders of the province. The federal criminal code didn’t envision the Internet when they established the system of provincial government oversight. The code hasn’t been changed since the 1970s so it offers no guidance when it comes to internet gambling.

Attorney Chad Finkelstein, an expert in gaming law says “the criminal code was written decades ago, and these provisions with respect to gaming were drafted in the 1960s and haven’t really been updated since. These provisions were not drafted with anything remotely resembling the internet ever contemplated. So we have outdated, antiquated provisions, which makes it difficult to apply to a modern gaming business.”

Finklestein theorizes that this may explain why the Canadian government has never prosecuted offshore casino operators for games or sports wagering that is directed at Canadians. He says that, as a result, most internet betting companies believe it’s unlikely they’ll ever be prosecuted. “They are relying on the possibility they can’t be held liable in Canada since there isn’t a real and substantial connection between their offshore entity and Canadians who happen to access it,” Finkelstein says.

Most of the casinos specialize in offering casino games to their clients and some provide sports betting opportunities as well. This is a big boost to individuals who enjoy Las Vegas-style gambling action from the comfort of their own homes.The casinos make it easy and user-friendly for the players to deposit and withdraw money in Canadian currency to and from their digital accountsusing major credit cards, ewallets and evoucher cards and/or their localCanadian bank accounts.

Regarding banking, the Canadian Banking Association assures gamers, saying “laws vary by province but, in general, many forms of online gaming are legal in Canada. Banks do reserve the right to prevent transactions… if they believe that the client is using the account for illegal or fraudulent purposes.”

Lipton says that a “fairly significant chunk” of online bookmakers’ customer base is comprised of Canadians. He estimates that “as much as seven or eight percent in the low end to 13 or 14 per cent in the high end” is Canadian-based. Paul Burns, vice president of the Canadian Gaming Association estimates that this comes to an annual turnover that exceeds $4 billion. He says that in contrast “they spend about $500 million on provincial sports lottery games.”

Lipton considers the implications for the Canadian government. “I think it’s a very large source of potential revenue for the governmentâ€¦.it also highlights the fact that the existing regulatory framework does not work anymore, and it’s about goddamn time the government looks at this and thinks about how they can change it.”

Pros and Cons of Different Gambling Options for Online Players

Freemarket casino patrons tend to see things differently. They note that the freemarket casinos and sports betting venues offer easy 24/7 access to all casino activities, both for PC gamers and for mobile players (at this time, only the British Columbia BCLC offers mobile access).

The biggest issue for many of these competitors is the payout rate. Due to the provincial corporations’ obligations to contribute a large portion of their revenues to Canadian charities and other non-profits, the payout rate for the sports betting and casino activities is significantly lower than that of the freemarket casinos — a payout rate of 96% -97% for freemarket casinos as opposed to payout rates that are dozens of percentage points less for the Canadian casinos and lottery activities.

That’s a big difference. Some Canadian officials note that the difference is made up by the fact that Canadian winnings aren’t taxed. But increasing numbers of players aren’t buying that — they look at the bottom line and see higher winnings at freemarket casinos.

Another reason for freemarket choice which is often cited involves accessibility — the freemarket casinos make gambling available at any time, from any location, on PC or mobile, via the player’s personal casino account. That means that even if the gamer is traveling, he can still play from the same account that he normally gambles with from home. The Canadian provincial corporations only provide access to an account if the individual is physically located within the provincial boundaries which — gamers say — goes against the whole concept of internet accessibility.