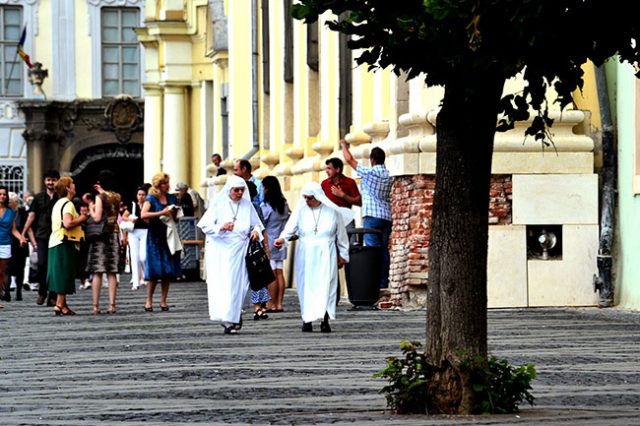 In a recent case that has shaken America to its core, two Catholic nuns have stolen a whopping $500,000 from a California Catholic school for an even more shocking purpose.

As it turns out, the pair of nefarious nuns took the cash to Las Vegas for a weekend of indulgence. That’s not all, however: the same nuns have reportedly been stealing money from the school and taking weekly Vegas trips for over a decade.

The duo has since admitted exactly how they were illegally funding their gambling habits, essentially acknowledging their guilt directly. However, at this point, the church has decided not to press charges against them.

Theft Discovered During an Audit

Sisters Mary Margaret Kreuper and Lana Chang are the two nuns that siphoned cash off of donations and tuition fees at St James School, an education facility based in Torrance, near Los Angeles. They reportedly did this for at least a decade, and surprisingly, after all of this, neither of them has been charged with any crimes.

Kreuper was the principal of the school in question, and Chang was an eighth grade teacher before both of them retired this year. The duo were best friends as well, and when asked about their weekends over in Sin City, cited ‘rich relatives’ as the main source of their cash.

Spokesman for the Archdiocese of Los Angeles, Adrian Alarcon, has noted that the alleged theft of the money was discovered during a routine financial audit. Such occurrences, he said, are not uncommon after a principal retires from the office.

And while the total stolen from the school is still being determined, certain reports have stated that it was indeed as much as half a million dollars. The nuns would siphon money off a tuition account, instead placing money into another account that was almost never checked. They would then pack their bags and head to the casinos for the weekend to enjoy their illicit funds.

Parents Upset with the Situation

Recent reports have noted that both nuns have acknowledged the theft, and apologized when they were confronted about it. They are also cooperating in the church’s current investigation. They said that themselves and their order, the Sisters of St Joseph of Carondelet, have pledged to pay back all of the missing funds in full.

Alarcorn has also said in a letter that Sisters Mary Margaret and Lana have expressed deep remorse for their actions, and ask for both forgiveness and prayers going forward. They and their order have also begged the church not to lose faith or trust in the administrators and teachers of St James School.

Unfortunately, while the church has decided not to involve the police, many parents of the school are less than pleased with the ‘tap on the wrist’ punishment the nuns received – especially since some of the school’s crucial projects have been underfunded of late.