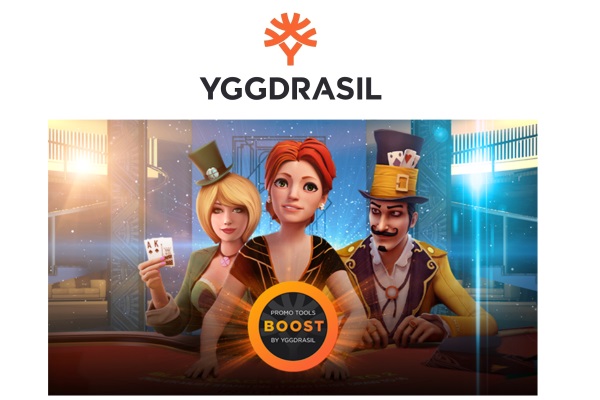 Cherry AB-owned Yggdrasil Gaming needs no introduction. The developer is considered to be a world-class content and gaming service provider and recently launched an exciting new version of its Boost gamification product. According to the developer, its Boost range of tools will enable operators to use the available gamification tools across the full scope of its games portfolio. In essence, Boost is a one-stop-service-shop.

The most significant attraction connected to the gamification tool is the possibility of special customisation. Operators are able to play around with Boost, said Yggdrasil during the official press release, so as to tailor-adapt the various functions and tools to best suit their own individual needs based on their own player profiles and preferences.

New Boost Is On Steroids

All sorts of exciting new features have been incorporated into the new Boost. Two of the features worth taking a note of are Prize Drop and Mystery Prize Drop. Both tools enable operators to offer to players the opportunity to lay claim to their share of amazing random cash prizes.

But Boost, it seems, is being released in order to fulfil a much bigger purpose than merely offering more options in terms of special customisations. The new gamification tools release has its focus on a soon-to-be-announced exciting new range of Yggdrasil table games. Exciting new Roulette products are the cause of much excitement in camp Yggdrasil and these will include a very special VIP-themed Golden Chip Roulette.

Yggdrasil CEO Fredrik Elmqvist is especially proud of Boost and its superb range of special gamification tools. He recently provided his comments on the upcoming release of the new and improved version of Boost and said that ever since the tool was launched several years ago, operators have been queuing to sign up and have been full of only praise for its quality-adding features.

Elmqvist elaborated about some of the exceptional new Roulette gamification tools that have been included in the new Boost and said that what really served to amaze was the fact that the entire user experience will now be significantly enhanced thanks to a few clicks. Elmqvist also said that it stood to good reason that Yggdrasil would eventually have come to the table with a new and enhanced version of Boost, and that this was in line with the company’s vision of keeping well ahead of the industry’s times.

Give YOUR gaming a boost. Play online and WIN!