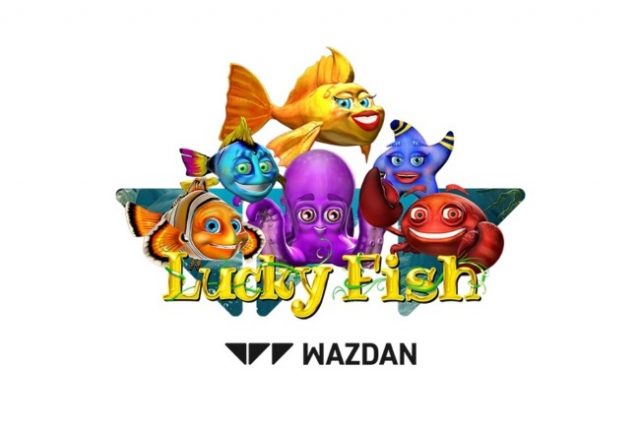 The creative minds at leading casino software developer Wazdan have never been short on engaging and fresh new ideas. Their latest attempt at slots excellence is the proverbial proof being in the pudding. Wazdan has been going at it quite prolifically, and the recent release of its new Lucky Fish slot means that its sticking to its one-new-slot-every-month creative streak.

What makes Lucky Fish to stand out is the fact that its inviting in a very off-beat and super friendly kind of way. The characters have a cute factor that is simply off the charts and its quite easy to lose track of the fact that it’s just a game and that nobody is going to come swimming out into the open for a night of friendly banter around a welcoming open fire.

243 Ways-to-Win completes the picture and multipliers and cascading symbols turn the ultimate face of cuteness and underwater adventure into a winning-making machine.

A Whole Lot Of Luck

As previously mentioned, Wazdan is on a positive roll in terms of development momentum. Space Spins made its debut in the month of May, and in June it was Lucky Reels that graced our screens for the very first time. Keeping on and keeping up seems to be the latest punch line in camp Wazdan. Not that you’ll hear us complaining about it anytime soon. Our only complaint is one of so little time, so many games!

And really, the speed at which Wazdan is releasing its top titles isn’t actually a surprise. The developer has been going at it full speed for quite some time. And the really marvellous thing about it all is that no one theme has been done to death; its all new and extremely playable, to say the least.

Lucky Fish Is One Of Many

Wazdan’s portfolio has benefited in a big way from the sheer rate at which the team has been pumping out new award-winning content. Wazdan’s Head of Sales, namely Andrzej Hyla made use of a recent press release to not only announce details about Lucky Fish, but also to provide a short recap of what the developer has been getting up to.

According to the information provided by Hyla, Wazdan has, to date, released an incredible selection of more than 110 games. That’s not bad going for a developer generally classified as “not too big a fish”.