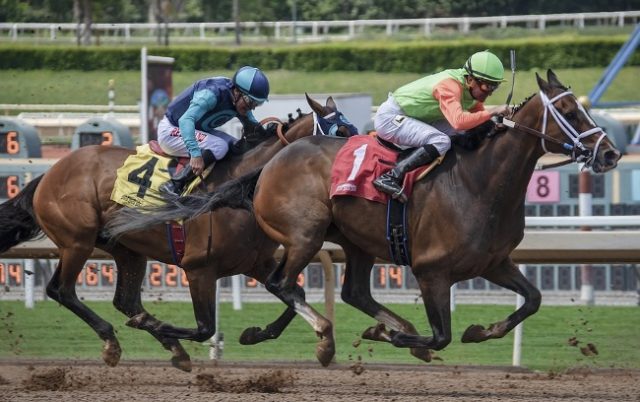 When Woodbine Mohawk Park announced a revamp of everything from its guest lobby to its car valet service late last year, we knew that more grandness was on the cards for 2020. And we weren’t wrong. 2019 drew to close on a particularly high note at Mohawk Park on December 26 when the final race for the year was run. Not only did star races the likes of the Valedictory and the Niagara set the tone for what is about to follow over the course of the next 12 months, but some thrilling additions to the existing range of wagers was announced for the year to come.

Fans of all things standard bred horseracing are in for a super treat indeed.

The first of the exciting new wagers to have been installed is the Rolling Leg Doubles Multi-Leg wager. This was rolled out for the very first time on January 4th and will be included on every race day to follow all throughout 2020. The wager has been rolled out in order to further compliment the existing Daily Doubles wager and will still be followed by the Late Double.

Minimum bets and current takeout rates will remain unchanged and those who dabbled about in the new bet format for the Dailies on January 4 reported having been impressed by the ongoing reliability of the format, now made all the more valuable by the addition of the new ad-on wagers.

Another wager to have received an enhancing do-over is the existing Early Pick 5. Horseracing enthusiasts were surprised to be treated to an elaboration on the existing Pick-format when it was announced on January 4 that an ad-on wager going by the name of Late Pick had been added into the end-of-day mix. Late Pick was made available from Race 6 and onwards.

A super-exciting addition to what 2020 promises to bring came by way of an announcement that Woodbine is yet again ready to fully embrace the opportunities and possibilities brought about by a cross-border collaboration. This time round, the collaboration will be with The Meadowlands. It may be recalled that this will not be the first time that Woodbine Mohawk Park has worked together hand-in-hand with Meadowlands, and in so doing, bringing the races right to where the supporters and the fans are at.

The Cam-Am Pick 4 offering will be of a shared interest to those wagering at Mohawk Park and those supporting their passion at Meadowlands alike. January 11th will mark the official kick-off of the new super-enhanced Cam Am Pick 4.