North Bay Turtle-Controversy Far From Over 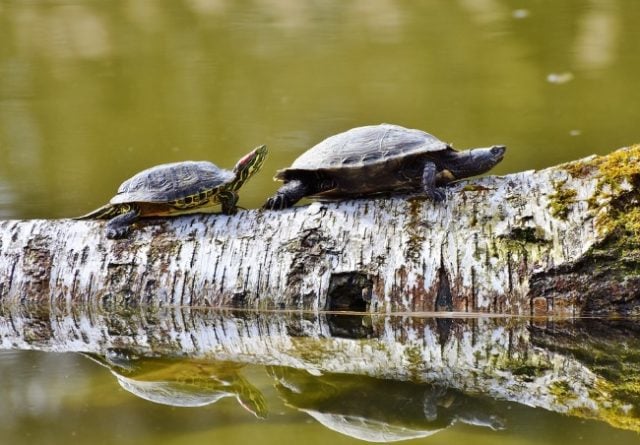 The soil at the site of Gateway Casinos & Entertainment’s new North Bay Cascades Casino has officially been broken, following all of the necessary environmental and construction permissions now having been obtained. But what is supposed to be a development holding only promises of progress and prosperity for the local community has turned into a controversial issue that apparently isn’t anywhere near being resolved.

The plight of North Bay’s endangered Blanding’s turtle; also referred to as the smiling turtle because of the creature appearing to be constantly grinning away; is one that has been making news headlines for months as a result of the casino being developed very near the natural wetland habitat of the turtles.

Is Gateway All Talk?

Environmental activists Save the Turtle, Stop the Casino have been trying their best to convince all interested parties to reconsider the location of the new development, citing facts about the turtles and the impact that the development will have on their natural home.

The casino operator did at first appear to have been interested in negotiations regarding location, but after a lot of to and from, construction plans remained intact and largely unchanged, with the most important compromise having been reached being a commitment on the part of Gateway Casinos & Entertainment to be mindful of the surrounding wetlands when dumping excavated soil and other debris. But the latest cause for unhappiness and concern among environmentalists is that this too isn’t going according to plan.

Only Time Will Tell

Large volumes of soil are currently being excavated and according to reports, the soil is being dumped very near a waterway that leads directly to Cook’s Creek, being the main point of feed to the wetland that is home to the turtles. This means that the first and most important condition of construction has already been breached, being that the excavated soil must be dumped at least 30 metres away from the waterway.

Another issue with where the soil is being dumped is the fact that the turtles have a set path when migration takes place. The soil is at present obstructing the way of movement of the turtles. It now appears as if the only solution to the soil-dumping problem is the erection of a fence aimed at keeping the soil a safe distance away from the waterways and the migration path of the turtles. Whether or not this condition will actually be practically adhered to remains to be seen as the construction process progresses.

Get ready to WIN. Huge jackpots are waiting for you at TOP Canadians casinos online.