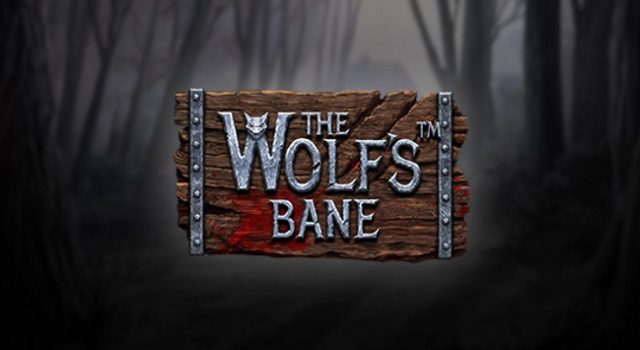 There’s a brand-new slot in casino games town, and its themed around the timeless storyline of the mystical creatures of the night. Werewolves and other vampire-like creatures roam the reels of NetEnt’s new The Wolf’s Bane online slot game and the action revolves around the player having to step up to the plate in order to save a small village from total annihilation.

A vicious pack of werewolves are out full-force in NetEnt’s latest creation story and a simple layout of 5 reels and 10 paylines are where it all goes down. The scene is perfectly set by the ravaging mystical creatures running amok among the peace-loving villagers and it’s a right scare waiting to be resolved by whoever dares take on the dangerous adventure.

True to what we’ve come to expect of the world-class developer, the graphics are what first draws the attention in a big way. The slot’s symbols are detailed and perfectly storied; masterful creations digitally sketched by a team of digital artists. NetEnt’s team of developers are so much more than top-notch programmers. This is a team of software developers who obviously understand full well what the industry’s players really want and it this absolutely comes to the fore in The Wolf’s Bane.

The slot’s themed symbols include werewolves, soldiers, village-folk, and full-moon scatter symbols. The scatter symbols are the makers of free spins magic on the reels and the remaining themed symbols are for the most part higher paying symbols. A win is registered whenever three or more matching symbols land adjacent to one another on any payline.

But it’s the simple and classic outlook of the slot; perhaps more so than the detailed themed symbols even; that really draws the immediate attention. A traditional approach was followed this time round and the game reminds strongly of how it all started many moons ago when the casino industry was but wobbling along in infant’s shoes. Classic is the name of the game this time round and what better than a healthy dose of traditional casino culture to invoke good old feelings of slots nostalgia!

It’s this classic approach that more than makes up for what first appears to be a shortage of special features. But all is not lost and this very soon becomes evident as the action gradually gains momentum on the game’s grid. The Click & Pick feature is the first of two special features to have been incorporated into The Wolf’s Bane’s storyline. This feature is triggered by landing the special crossbow symbol on reels 1, 3 and 5 during a single spin.

There’s also a particularly rewarding free spins bonus to look forward to, and this bonus round is triggered whenever 3 or more of the special moon scatter symbols are landed anywhere on the reels. 10, 20 or 30 free spins are awarded respectively, all depending on the number of moons initially landed in scattered fashion. The Wolf’s Bane may not be a special feature sing and dance fest but there’s no lack of entertainment on the reels. NetEnt has yet again truly come good and proper to the slots party and The Wolf’s Bane is available on desktop and mobile now.