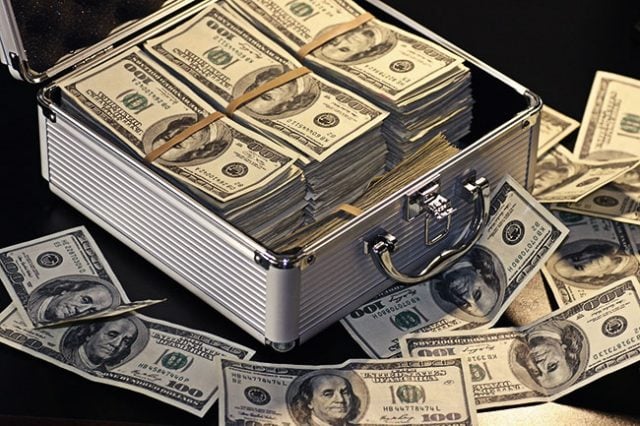 Documents revealing that British Columbian money laundering is now valued at billions of dollars a year have shocked the Canadian province’s attorney general, David Eby. Now, it has been confirmed that these figures have also attracted the attention of the federal government.

According to Eby, he is startled and frustrated, as the higher estimates seem to have been known by the RCMP and the national government. Despite this, however, they were not supplied to the British Columbian government or any of its members.

The attorney general recently discussed the matter with Public Safety Minister Ralph Goodale, focusing specifically on information gaps regarding cash being laundered at provincial casinos. He will also be meeting with Bill Blair, the Minister of Organized Crime Reduction, by the end of this month.

RELATED ARTICLE: David Eby Speaks Out About BC Casino Laws

Eby has revealed that he is shocked by the lack of response to the figures at a national level, especially since he feels that the issue is a very profound one that does indeed warrant nationwide concern. In June last year, former Mounted Police member Peter German estimated laundering in the province at over $100 million in his state-commissioned Dirty Money report into goings-on at BC casino venues.

The attorney general has noted that the aforementioned number now appears to be low, especially following the release of a global report that pegs laundering in British Columbia at more than $1 billion a year. With that said, a time period was not stipulated in the more recent report.

A second document published by the RCMP has estimated that $1 billion’s worth of property related transactions in Vancouver were also tied to these crime proceeds. The local government has estimated that the operation in question was a $200 million-a-year crime ring – but according to Eby, the federal Minister of Finance has busted these numbers, and now puts them at nearly 5 times higher than original estimates did.

The BC government seemingly only learned about these reports through public releases and media leaks, and it was not consulted about the reports either, Eby has said. He is now asking himself why he read about the figures in an international report rather than receiving them through another governmental organization. It is these ‘information gaps’, he says, that are exploited by organized criminals, and he’s now calling on his fellow governments to do a better job.

A report from Paris-based Financial Action Task Force mentioned BC money laundering last July as well. According to Eby, the report includes details of illicit banking operations in the region that were not fully known by its own government.

The report documented that over $1 billion was laundered each year through underground bank networks involving both legal and illegal casinos, money transfer services, and asset purchases. A portion of this money, it said, stemmed from drug funds, illegal gambling proceeds, and cash obtained by extortion to supply VIP Asian gamblers with money in Canada.