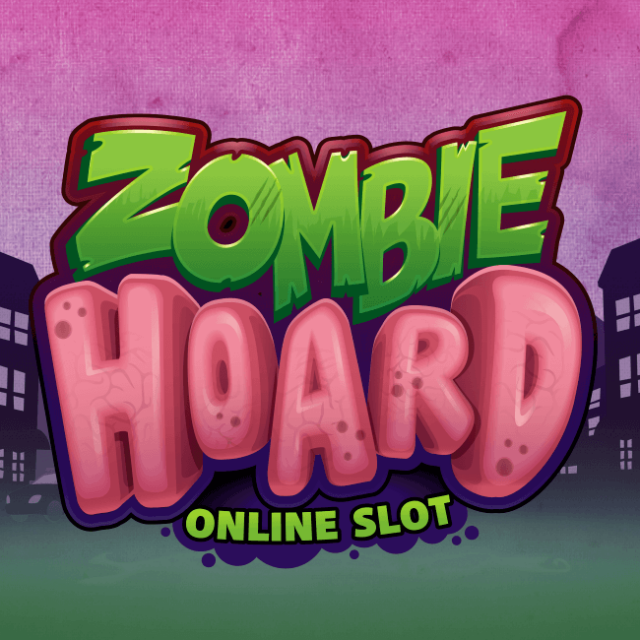 Who would have thought that being in a state of neither dead nor alive would prove to become so popular in the 21st Century? Zombie pop-culture is now officially a thing, and many television and entertainment companies have taken full advantage of its popularity. Never one to be accused of failing to keep up with the times, casino software giant Microgaming, in partnership with Slingshot Studios, has just released its own take on the zombie-existence. Zombie Hoard is piping hot off the online slot’s production line, and is now available at all Microgaming operators.

Those who are in the habit of being in the know will remember that it was Slingshot Studios that brought us the magnificent Cash of the Kingdoms slot. If Zombie Hoard is more of the same style and quality, then its brains on the menu for us tonight.

But before we stuff our faces, lets spare a moment to see what all the hype is about. It’s a real rattle of the bones on the 5 reels and nine paylines and a very catchy soundtrack is the perfect accompaniment as we make our through the city in search of the perfect stockpile. Food is presented in the way of brain tokens and these are collected throughout the game.

Super stacked wilds appear periodically on reels 3 and 4 and ensures that not only zombies, but wins too, are laying it wait behind every conceivable corner; the latter admittedly more friendly than the prior.

It’s important to take on the persona of a slightly compulsive squirrel, scurrying about and gathering food for when times are tough. The more brain tokens collected, the more free spins are awarded once the bonus game has been triggered.

Once 30 brain tokens have been collected, acting in a very similar way to a scatter symbol, the free spins bonus game is triggered. Three or more of the slot’s actual scatter symbols anywhere on the reels will have the same effect.

During the bonus game, a 2x multiplier is applied to all winnings and this makes a huge difference to anyone’s bankroll. Zombie Hoard is a great gathering the likes of which has not been seen in the slots world before. The fun is almost as contagious as the touch of the undead, and this is bound to become one of Microgaming / Slingshot’s most popular releases to date.

Spin the reels of the world’s most exciting slots online! Play for a JACKPOT now.