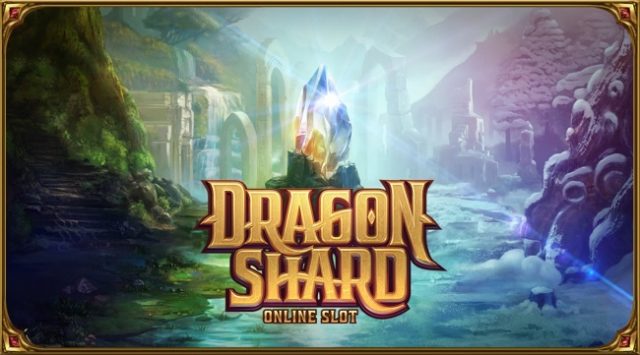 Independent development studio Stormcraft Studios, a team that also happened to give Agent Jane Blonde returns as well as Fortunium, has been confirmed as having launched a brand-new slot under the Microgaming banner. Dragon Shard is a fantasy online slots game that involves an ancient clash that is second to no other. The game is wonderfully themed and will appeal to all lovers of fantasy the full application of imaginative potential.

Dragon Shard is played on a 5×5 reel and all of the nail-biting action goes down on a total of 40 paylines. The online shot is a true celebration of stunning visuals and top-end functionality; in a way more of the same top-class entertainment that we have seen coming from the corner of this particular collaboration up until now.

Read More… No Casino And Hotel For Ontario Place

The new Dragon Shard slot, in keeping with modern times as opposed to its ancient mystical feel, offers a premium experience on all mobile devices. Making the game a mobile-first application by means of its basic mandate is true to Microgaming’s proficient style. The online slot is obviously accessible from typical desktop systems too, offering a fully compatible scope of entertainment.

A number of special features have been added into the mix, including the opportunity to step up the rewards a notch thanks to the game’s Win Booster feature. Then there’s the Mystery Symbols. These are right little surprise parcels that tend to reveal awesome mystery rewards as the base game progresses.

The slot also incorporates the sheer magic that is stacked symbols, and players are encouraged to harness the powers of the Ice King, the Fire Queen and the Dragon Shard as they spin away at the reels.

Landing 3 or more of the scatter symbols anywhere on the reels during a single spin will trigger the special Free Spins Bonus Round. Not only will the player receive 10 free spins, but also what happens behind the reels in the icy background is a real treat to feast one’s eyes on. The entire backdrop landscape is transformed into an icy winter wonderland for the full duration of the free spins round.

When the Win Booster feature is activated all of the mystery symbols in view will transform into wild symbols and high-paying symbols. Dragon Shard online slot is the making of an exciting mystical adventure and the game officially launched with all of Microgaming’s operators on May 29th.

Get those reels spinning to get WINNING. Play the best online slots NOW!