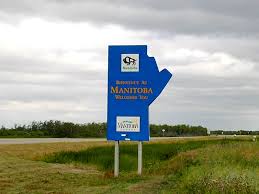 The casino is situated just off of Highway 5 on the Swan Lake First Nation lands. It features 350 slot machines along withtable games, card games, a restaurant and a lounge.

The Assembly of Manitoba, a network of First Nations in Manitoba, has been working towards building a casino venue in Western Manitoba for more than a decade. Leaders are pleased that the first stage of this project has been completed. It is planned that 63 First Nations in Manitoba will equally share profits from the casino. In addition, the casino will employ many local residents — the annual payroll is expected to be $5 million, with 175 full-time employees. Sixty percent of the employees are aboriginals.

Over the next 10 years it is anticipated that the casino will have a cumulative positive economic impact of at least $150 million in theregion. Casino promoters believe that the impact will come in the form of construction jobs, increased business opportunities ongoing jobs and increased spending in the region.

Casino spokesperson Barbara Czech said “When you factor in the whole region â€” Carberry, Glenboro, Brandon and, you know, that section of western Manitoba â€” $150 million over 10 years is a significant impact. And by the way, we think that may be on the conservative side.”

Manitoba’s other First Nations-owned casinos are the Aseneskak Casino on the Opaskwayak Cree Nation north of The Pas, Man and the South Beach, located on the Brokenhead Ojibway Nation reserve.

In 2000 the provincial government of Manitoba embarked on a plan to establish gambling venues. In the plan, it was envisioned that First Nations would own and operate the sites. Controversy surrounds this decision since many First Nation communities report that they receive only a small portion of the casino profits. According to a Canadian Broadcasting Corporation (CBC) News report, someaboriginal communities have not received any type of meaningful payments from casino profits over the years while others enjoy significant financial gain. Chief John Thunder of the Buffalo Point First Nation said “I consider it a joke, a slap in the face. You’re definitely not going to see any of the poverty in Indian country being solved.” The Buffalo Point First Nation received only $13,000 in all of 2010 and the community decided to send it back to the chiefs of the Assembly of Manitoba — the group given responsibly for maintaining casino funds in trust — in protest.

CBC News reported that some Manitoba First Nation casinos have used a substantial amount of profit funds to send their directors and staff to a Las Vegas Casino gaming Convention. While the travelers commented that they had learned about new technology and information about new games during their trip, and felt that the journey was helpful to their management of their casino, many First Nation chiefs reacted angrily. “I don’t have a problem with two or three delegates going and getting the job done” Thunder said. “But you don’t need a whole contingency of 14 people to do that.”

In 2000 the Manitoba provincial government passed legislation that would establish as many as five First Nations casinos in the providence. In 2002, six First Nations joined together and opened the Aseneskak casino. After initial losses the casino managed to start turning a profit and has been operating in the black ever since. In 2005 seven First Nations banded together to open the South Beach casino on native lands belonging to the Brokenhead Ojibway Nation. By 2010 the venue was reporting net earnings totaling $39 million.

The provincial government granted a request by the Assembly of Manitoba Chiefs to waive profit-sharing for the South Beach and Aseneskak Casinos for the first five years of operation. In 2009 Aseneskak casino operators signed an agreement with the provincial government of Manitoba to reduce the casino’s profit-sharing obligation from a high of 27.5 percent, down to 7.5 percent, based on an Assembly of Manitoba Chiefs resolution. Manitoba chiefs are now asking the province to sign a similar agreement with South Beach casino operators. The original agreement specified that 27% of the casino’s netincome would be shared between the Manitoba First Nations. That sharing formula has been changed. First Nations communities which are outside the ownership group are entitled to a smaller share of the casino proceeds than they had been scheduled to receive under the original agreement. Yale Belanger, an expert on First Nations casinos in Canada and an associate professor of native studies at the University of Lethbridge, assessed the agreement, saying “I can’t really say they’ve benefited at all. A one-time $13,000 payment is insignificant on so many levels and the hope of what the casinos could become could be lost, just based on the minimal returns that they’ve experienced.”

Meanwhile, South Beach First Nation owners received significantly greater dividends totaling $2.4 million for each Nation. Chief justified her community’s larger slice of the pie by saying “You’ve got to remember, going back in history, how much work went into planning this casino. It didn’t just happen ‘like that. It took years and years of planning. It wasn’t just handed to us. We had to work for it.”

Brokenhead and its First Nation partners have enjoyed multiple benefits from casino proceeds. These benefits include cash give-aways to community members. For instance, each Brokenhead band member receives $100 at Christmas. In addition, a new community hall is being built in the town and local roadways are undergoing improvement.

Many of the First Nation chiefs whose Nations are not included under the South Beach ownership group have criticised excessive casino expenses. One huge expense, which is being questioned by many of the tribal leaders, involves the hiring of the Minneapolis-based Hemisphere Gaming company to provide financing to get the casino operation up and running. Hemisphere now manages the casino. Critics say that these types of expenses divert casino profits and prevent them from benefitting the communities that should be gaining from the casinos that have been built on their lands. Owners respond by saying that there wouldn’t have been a casino at all without the start-up loan provided by Hemisphere.

“This whole thing was for all the First Nations. It should be coming to the grassroots,” said Chief Ken Chalmers of the Birdtail Sioux First Nation.