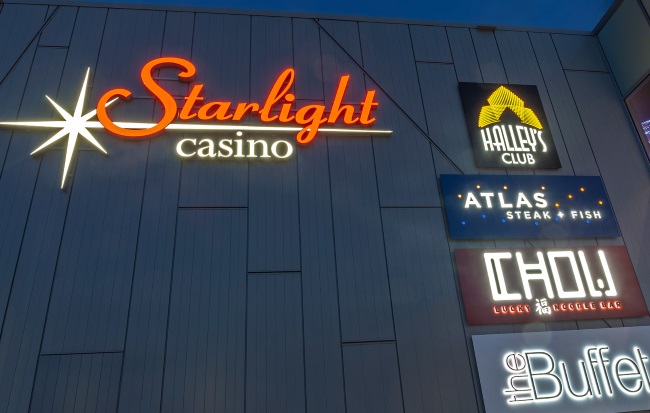 Its all systems go now for Gateway Casinos & Entertainment’s new Starlight Casino London. Following months of elaborate planning, the official ground breaking ceremony is at long last set to take place by no later than the end of the month. The $75 million Wonderland South Road venue is expected to welcome its first patrons by the Spring of 2021.

Once complete, Starlight Casino London will offer to patrons and visitors a classic Las Vegas experience, which has been the theme behind the development right from the start. The idea is to bring classic but premium Vegas to the communities surrounding the new development. Ground preparation is currently underway. This is being dealt with in a meticulous fashion so as to ensure that the official ground breaking ceremony may be celebrated free of any logistical hiccups.

The Community Will Benefit

Not only will the new development; once complete; offer only the best in entertainment value to its customers, but the development of a brand-new casino and entertainment business in the vicinity of Highway 401 will provide jobs to some 1,000 local residents. This will provide a much-needed boost not only to the local job market, but also the local economy in general.

Various jobs will become available once the location opens its doors, as the latest casino to promise top-class entertainment to Ontarians will soon become home to some 900 slot machines and 40 table games, which is quite the impressive collection of games. Restaurants and family-friendly forms of entertainment are also part of Starlight London’s plans as the massive development wears on. This means that a wide variety of positions will become available to local job seekers over the course of the coming months.

Starlight To Put London On Map

That the latest casino development to have hit Ontario will effectively put London onto the entertainment map is no secret. Regular municipal and tax allocations can be expected to ad value to local infrastructure as well as community development and aid in general. Starlight London Casino is expected to generate the type of revenue that will justify tax contributions and allocations running into the millions each year.

The development certainly is good news to the ears of locals, but it hasn’t been without its fair share of controversy. All new developments are as a rule expected to be made subject to local consultation. This crucial step was apparently skipped in the case of Starlight London Casino as public consultations would have added weeks to the development schedule. The matter was however put to a vote during the summer of 2019 and fortunately for Gateway rendered a vote in the affirmative.

Experience all the action ONLINE! Play top slots, table games and so much MORE.