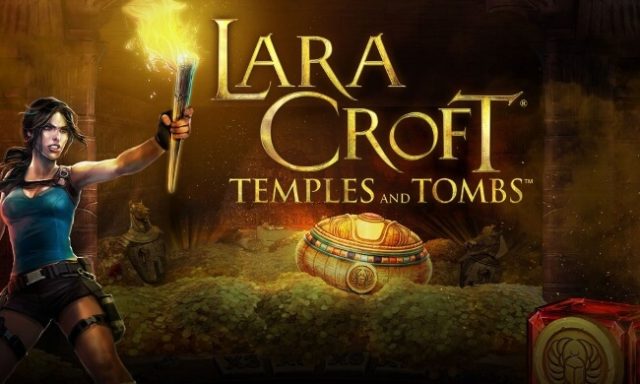 Have a secret crush on Lara Croft, everyone’s favourite Tomb Raider? Then say no more, because a brand new instalment of our heroine’s adventures has hit the ether. It’s all thanks to Microgaming’s visionary partnership with independent studio Triple Edge Studios. The aim of the new slots game is finding the ultimate Egyptian treasure, and it goes by the name of Lara Croft® Temples and Tombs™.

The new game is 5 reels and 243 Ways to Win chock-full of royal treasure adventures and a multitude of opportunities to strike it rich. Our heroine needs all the help that she can get trying to navigate the sands of time and hopefully get her hands on a truly legendary fortune. Operators are already in possession of the goods, and it’s only a matter of signing up at a Microgaming powered casino to get winning.

Read More…Parq Vancouver At A Loss For Business

Bring On The Rolling Reels

In Lara Croft® Temples and Tombs™ the developer has once again opted to incorporate its proprietary Rolling Reels feature. Those who are familiar with the feature will know that as new combinations of winning symbols tally up and fall away, those spaces are filled with new symbols. It’s a new way of spinning a way for a first-class win and its exclusive to Microgaming.

Consecutive wins are the goal and these are awarded with accumulating trains of multipliers, up to a maximum value of x5 the bet. This all happens in the base game; we’re not even talking special features yet. The slot features striking designs and works of art; masterful combinations that testify to the developer’s unchallenged position of leading the global iGaming market.

Those lucky enough to gather unto themselves the magic of the wild golden scarab will eventually have the opportunity to befriend the golden scarab jackpot, which is of course the key to the ultimate prize: the ancient tomb that holds in its belly at least 8 free spins.

A x3 multiplier is effortlessly transformed into a x15 multiplier, and he or she who has the magic touch may very well be treated to 32 free spins for their enjoyment. It’s a win a minute and it’s a great deal of exploration fun along the way!

The Rolling Reels feature is no doubt a distinct highlight of Lara Croft® Temples and Tombs™, perfectly complimented by a true Egyptian-style adventure. The brand new slot is ready and waiting for players to enjoy, and has been optimised for mobile too.