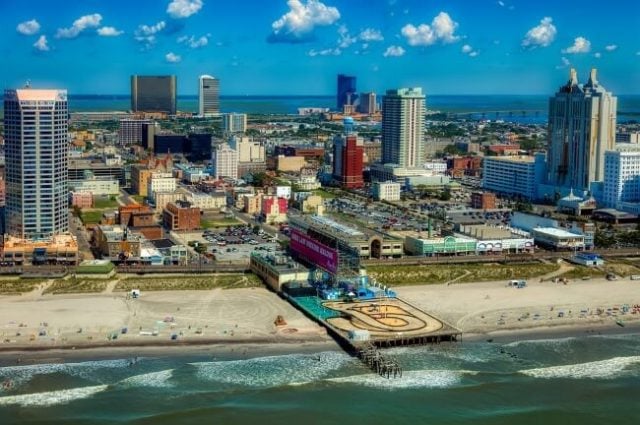 Recently released figures from the New Jersey Division of Gaming Enforcement revealed that licensed online gambling operators in this part of the US generated income of more than US$39.1 million in March. This is a 53% increase over the same month in 2018, and a splendid US$5.5 million higher than the market’s former monthly best, which was set in January.

The Poker market saw a slight decline, with revenue only hitting 3.2% year-on-year, reaching a total of US$1.9 million. The online casino vertical rose by 57.7%, however, to more than US$37.2 million! The casino year-on-year percentage gain for January was slightly higher, at 58.5%, but the dollar figure for March took this up to US$6.1 million.

Golden Nugget Casino in the Lead

As per usual, sites that are associated with the Golden Nugget casino in Atlantic City were at the forefront of the online casino charge, racking up a very impressive income of US$14.2 million in March. This is almost two-thirds higher than this time last year, and it beat the Nugget’s own prior market best by US$2 million. And, as stunning as this figure is, it becomes more so when one considers that the sum generated by the whole of the New Jersey iGaming market was US$14.2 million as recently as September 2016.

The Golden Nugget’s dominance eclipsed noteworthy profits by rivals, including a record showing by Resorts Digital Gaming. The organisation reported takings of almost US$8.5 million, and US$614k of this was from Poker. This is twice the amount that the Resorts generated this time last year. The huge return is likely as a result of sports bettors being cross-sold to the new DraftKings Internet casino, which is currently piggybacking on the Resorts’ online permit.

The Borgata family of websites announced a solid showing of US$5.44 million in March, a figure up from last year’s US$4.6 million. US$483k of this was from Poker, and Caesars Interactive Entertainment brought up the rear, with a grand US$5.13 million, including a market-leading US$806k from Poker.

As for the remaining iGaming-only websites, the Tropicana came out on top with US$3.7 million, Hard Rock Atlantic City logged US$1.63 million and the Ocean Casino Resort showed just less than US%500k.

It looks like Atlantic City is in for a good year, and if this is anything to go by, they’ll be raking in the chips for the rest of 2019.