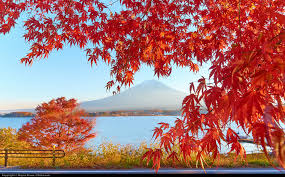 Over the last few decades many Pacific Rim nations including Australia, New Zealand, Hong Kong and Macau, have built up thriving gaming industries thanks to Japanese visitors. Japanese gamers turned to casino-tourism because casinos were illegal in Japan. Since 2001 the Japanese government consistently turned away all efforts to legalize casinos as political leaders argued about the benefits and costs of opening the doors to the establishment of casinos in Japan.

Prime Minister Shinzo Abe’s governmentsupported the move as a way to boost tourism in Japan and bolster the Japanese economy. Gambling is a popular form of recreation in Asia and casino operators from around the world have set their sights on the Asian market. They believe that Asia is the “last frontier” that the casino industry has to conquer and they envision billions of dollars in revenues from the expansion of Asian casinos. Expected revenues from casino gambling in Japan alone could climb as high as $30 billion in annual profits once the casinos start operating. Casino operators hope to move ahead immediately and have the first Japanese casinos running as early as 2023.

Until recently casinos were banned in Japan under Chapter 23 of the country’s criminal code. Over the years there have been efforts to overturn the ban but by there hasn’t been a lot of popular support and these efforts have never amounted to much.

That doesn’t mean that gambling was completely illegal in Japan through the years. Municipalities,local government organizations and charities ran lotteries (takarakuji), Japanese citizens are big lottery fans and the lottery does well in Japan. The law relating to lotteries states that only one of the 47 Japanese prefectures or 12 designated cities can hold a takarakuji. Citizens can play a prefectural lottery at an ATM or pick up a scratch card at a convenience store (kombini). By law, 50% of the prize pool must be returned to charity or a local government entity. For many years the takarakuji has existed as a significant boost to the Japanese non-profit sector.

Another legal form of gambling in Japan involves pachinko, a uniquely Japanese hybrid of a pinball machine, videogaming and a slot machine. Pachinko is featured in Pachinko parlours which are run by private companies. For historical, cultural and monetary reasons pachinko is not considered to be a form of gambling in Japan. Gambling for cash has traditionally been illegal in Japan so the machine pays out in balls which can then be traded forkeihin(prizes). The keihinare then sold for cash in a separate building near the parlour. In this way, since the cash is disbursed outside the pachinko parlour, the parlour doesn’t overstep the gambling laws.

The third form of betting that has been acceptable in Japan involves betting on domestic sports such as powerboat racing, soccer,keiba(horse racing), motorcycle racing and bicycle raging (keirin). Bettors can pick up tickets to wager on these sports at their local kombini (convenience store) or at an ATM.

Now, thanks to the backing of the Liberal Democrats including previous Tokyo Governor Shintaro Ishihara and party president Shinzo Abe, casinos will be able to offer casino gaming activities in casino sites throughout Japan.. Abe has been working on this bill since 2012 when he became prime minister. His parties believe that, by bringing land-based casinos to Japan, tourism will increase and a culture of gambling, dining, entertainment and conventions will develop.

The Lower House of the Diet approved the bill on Tuesday and on Thursday the Upper house finalized the new law.

As the new gambling law was approved, attempts were made to appease the bill’s opponents who were primarily worried that the establishment of large casino resorts in Japan would bring about problems with money-laundering and other issues of organized crime. Issues of gambling addictions are a further worry.

The passage of the bill doesn’t mean that casinos are immediately legalized. The government must first decide the question of where these casino resorts will be built and to which operators the government will grant operators’ licenses. Some possible locales for the casinos include Tokyo, neighboring Yokohama or the Osaka in the West. Casino operators from outside of Japan, such as Wynn Resorts, Caesars Entertainment and MGM Resorts International have expressed interest in taking on the project though Japanese entrepreneurs such as Japan Cash Machine and gaming software developer Konami Holdings are also in the running.

Jan Jones Blackhurst, Las Vegas-based Caesars Entertainment representative for government relations, said that the company has been prioritizing casino gambling in Japan for many years. "We're very encouraged with the progress” Blackhurst said. We think the legalization of [casino resorts] would be excellent for job creation and growth of tourism, and we would be very interested in being part of the process if it moves forward."

The government must also create a supervisory body that will monitor the casinos, create standards for licensing and regulating the casinos, decide on a tax structure for the casinos, determine whether a percentage of casino profits will be put aside for public projects and charities and establish ways in which the country will deal with the expected rise in problem gambling behaviors.

The Pachinko parlours have already given gambling a questionable reputation in Japan and Japanese citizens seem indifferent at best about the coming casinos. A recent government survey shows that upwards of 5 million Japanese citizens are currently addicted to gambling. Since the casinos will be geared towards tourists, the impact on the local Japanese society is not clear — optimists say that there won’t be any noticeable effect.

Self-help groups such as Gambler’s Anonymous aren’t so sure — Japanese branches of these groups are gearing up for an increase in “business.”