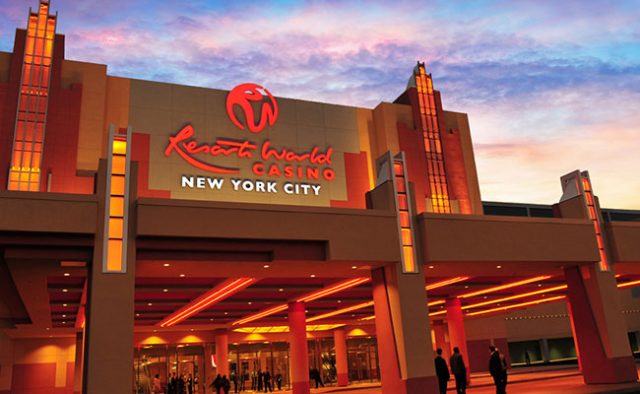 Resorts World Casino New York (RWC NY) has been very busy of late shuffling its executive board and promoting some of its well-deserving staff members.

According to President of the resort Scott Molina, the promotions have underpinned Resorts World’s commitment to creating a “strong executive team” as the venue continues to expand in 2019. Molina says that both Reynolds and Egnor have proven to be highly capable leaders who are uniquely suited to help drive RWC NY into a new phase of growth. Both of them, he says, have become essential parts of the team, and he is looking forward to working with them both in the future.

Reynolds took up his first role with the company back in 2012, acting as the Director of Operational Accounting before being cherry-picked for the role of VP of Finance and Administration. Before his stint with RWC, he worked at Seneca Gaming Corporation in the finance department, and has also held top-level positions with Valley Forge Casino and Mohegan Sun Pocono.

In a statement, the exec has noted that it is a privilege to have been granted the opportunity to work as Senior VP of Operations for his firm. As he enters his seventh year with Resorts World, he said, he is eager to assist in growing revenues and ensuring the resort continues to enjoy astounding financial success.

Previously, Brad Egnor was tasked with heading up an annual marketing budget of $20m for advertising placements, along with $100m in player reinvestment at RWC NY. He has also served roles at Genting, the parent company of Resorts World, since 2011, and also worked with Park Place Entertainment and Caesars Entertainment in the past.

Of his new position, Egnor says that he is thrilled for the chance to continue to work alongside RWC NY’s phenomenal team. He added in his statement that he is thankful to the president for his leadership, and that he is dedicated to making RWC an “exceptional entertainment experience” for all.

Genting operates gambling destinations across the globe, including in regions like Singapore, the UK, the Bahamas, the Philippines, Malaysia and others. Along with its New York business, the company is also currently building a new Resorts World in Las Vegas, which just resolved a dispute with Wynn Resorts over an alleged copyright infringement.