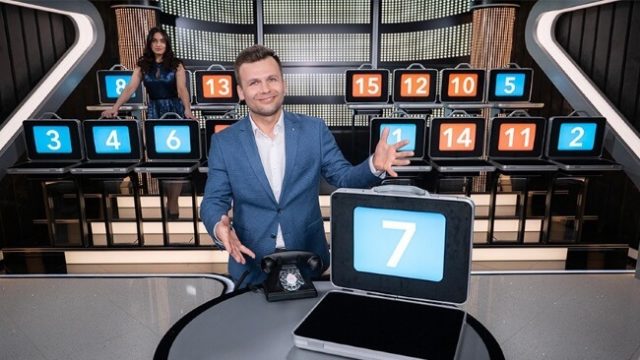 When live casino specialists Evolution Gaming first announced that it had developed a blueprint concept for a live casino game version of the popular television game show Deal or No Deal the industry readied itself for something fantastic to come. Some details about the new game was revealed at London ICE, and the developer had at the time said that similar to the popular television show, players too would soon be afforded the opportunity to progress through various levels whilst trying to run the race all the way towards the final briefcase.

Evolution Gaming has established itself as the ultimate expert in the development of live casino games, and it would be quite daunting a task to find another developer more mature to the challenge of bringing Deal or No Deal to live casino.

According to Evolution Gaming’s Chief Product Officer, the accomplished games development expert Todd Haushalter, the primary objective throughout the entire creative process was to stick to the original theme and to remain true to the very culture and feel of the world’s most famous game show. Haushalter said that there was a reason why people considered Deal or No Deal to be the ultimate in television game shows, and if any developer wanted to replicate that popularity in a live casino game, then the elements that made the original television game show so very popular had to be incorporated verbatim-style into the structure of the new game-concept.

Haushalter said that even though the game was now only in the early stages of having been released into the online live casino games community, indications were that Evolution had succeeded in achieving what it had set out to do; which was to really preserve all of the drama of the original game show.

Group Director for concept owner Endemol Shine, Anil Mistry, said that Endemol had realised that nobody would do the brand justice quite like Evolution Gaming could. Mistry said that even though Evolution’s new game was based on a concept that has been many years in existence, the specialist developer had most definitely managed to apply its own special innovative touch to the idea.