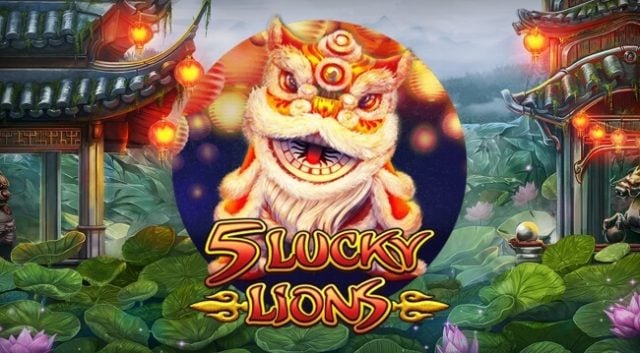 Spanish casino software development studio Habanero certainly knows how to cater to players’ needs and wants. Online slots with a Chinese twist have become increasingly more popular over the last couple of years, mainly thanks to developers having realised that players have a keen interest in the culture and people of Ancient China. Habanero really has stepped up to the task and the developer has just launched its brand new 5 Lucky Lions slot.

Just looking at the slot encourages one to start playing, which is probably thanks to the highly recognisable Chinese writing font applied to the game’s title. It proclaims Chinese celebrations and a feast of wins and judging by the looks of it, it won’t disappoint in any way.

A quaint addition to 5 Lucky Lions is the fact that it’s played on 88 paylines; a very lucky number in Chinese culture. 6 reels, wild substitutions and the special Lion Pick free spins bonus round complete the picture.

The 5 Lucky Lions are what is known in Chinese culture as Guardian Lions. They play an important protective role in traditional Chinese celebrations. These act as the game’s symbols and their design and bright colours have been artfully mastered by the developers. The passion with which the slot has been created is tangible and undeniable. It’s unlike any other Asian-themed game that we have ever laid our eyes on.

Cross-device compatibility isn’t something that every developer is able to master, but thanks to advances in HTML 5 technology, the crossover is becoming smoother than ever before. Habanero has constantly been on top of new developments and the developer has acquired the reputation of releasing only top quality content into the ether. Operators and players agree that a quality gaming experience is hard to beat. Habanero is as far as this standard goes, at the top of its own development game.

Ready to get lucky online? Play the best slots at home or on the go NOW!