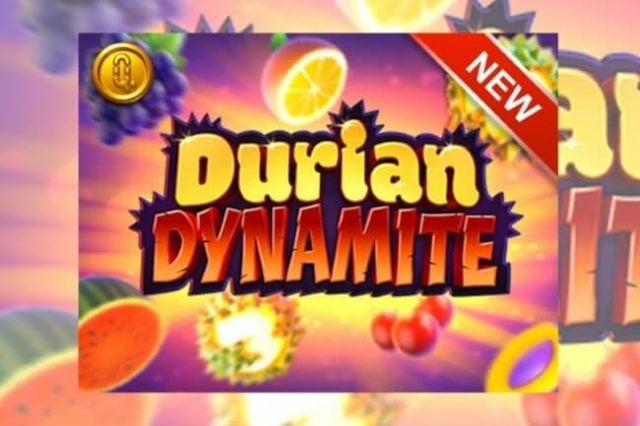 Durian Dynamite may appear to be a rather unusual title for a slot at first, but when considering that the Durian fruit, despite its exceptionally strong and distinctly unpleasant odour, is considered in Asia to be the King of all fruits, the association that games developer Quickspin may very well be after becomes as clear as day.

It doesn’t require a whole lot of reason to work out that the title is a new take on a classic fruit machine, and the Stockholm-based developer has promised to treat players to a number of unique features, 3D graphics, and high-volatility play. Durian Dynamite will be Quickspin’s very first attempt at a 3D game, and it’s exciting to see exactly what they have managed to come up with.

The developer also recently revealed that a total of 35 of its slots have now been certified for the Swedish market, which indeed marks an important milestone on the developer’s journey.

This One’s No Stinker

The Durian fruit doubles up as the game’s wild symbol. Despite its famous stinky demeanour, it plays the typical role of making the wins happen this time round. But the Durian isn’t the only fruit featured on the game’s reels. Cherries, watermelons and the like create strong feelings of nostalgia generally associated with classic fruit machines.

The slot is played on 5 reels and 20 paylines and features a Return To Player percentage of 96.22%. Quickspin, which is a subsidiary of Playtech, has as mentioned previously, never before developed a full-3D slot, and it’s a quaint idea indeed that they should choose a Fruitie as the means towards a first attempt, and quite exciting too, to say the least.

The developer has said that the game will not only appeal to seasoned players, an assumption easily made due to the slot’s high levels of volatility, but also to new players, thanks to its general appeal in terms of theme and ease of play.

April will see two new online video slots released by Quickspin, which is indeed another first for the company. Durian Dynamite was released into the open iGaming market on April 9th, and will be followed by yet another brand new title on April 25th.

Not too much has been revealed about Tales of Dr. Dolittle, save for the fact that it was based on the series of novels created by British author Hugh Lofting, so we’ll have to wait and see what all it has to offer!