After reporting exceptional growth in its latest financial report, Stockholm-listed expert in casino software development NetEnt has recently revealed its entry into two new, regulated iGaming markets. In a press statement, the company announced that it has officially launched its games in both the regulated Canadian and Lithuanian markets, which are now available for local players to enjoy.

NetEnt’s extensive portfolio of games has gone live in Canada with BC provincial lotto operator, the British Columbian Lottery Corporation (or BCLC). The launch of the titles in question has followed a successful platform integration with fellow software supplier International Game Technology (better known as IGT), and includes fan favorites like Starburst, Gonzo’s Quest, and the new BerryBurst online slot, among many others.

The launch of the titles on PlayNow.com has marked the brand’s very first entry into the regulated Canadian iGaming market. It also followed a prior agreement with Las Vegas-based IGT to supply online casino and lottery games to the BCLC – a respected member of the World Lottery Association or WLA.

Are YOU ready for a whole new world of winning?
Play now!

Commenting on the developments, CEO Therese Hillman noted that launching her firm’s games to British Columbian players is a crucial milestone in its North American expansion. She added that entering new regulated markets is an essential part of the Swedish supplier’s strategy going forward, especially when it comes to the WLA sector.

Hillman added in her statement that she and her team are sure that their exciting casino games will be highly enjoyed by the British Columbian Lottery Association’s players. 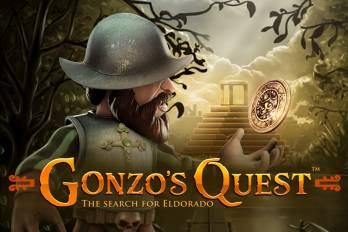 This week, NetEnt also launched its games in the Lithuanian iGaming market, having signed up land-based betting giant TOPsport as its very first local customer. The brand’s Malta-based managing director Henrik Fagerlund has noted that his company follows its growth strategy by strengthening its regulated market positions, and is pleased that its games are now on offer for Lithuanian players.

TOPsport was established as Lithuania’s first betting operator back in 2002. Its current portfolio consists of 31 betting shops, 85 betting locations, 28 of its own branded slot machine salons, and its own online platform, Topsport.lt, as well.

Shares in NetEnt AB (listed as STO:NET-B) traded up 1.00% at SEK36.70 per share on the Stockholm Stock Exchange on the morning of Thursday, September 27, 2018. Founded in Sweden in 1996, the supplier is considered to be one of the world’s leading innovators in the iGaming sector, with a portfolio spanning hundreds of slots, table games, and exclusive live dealer options.