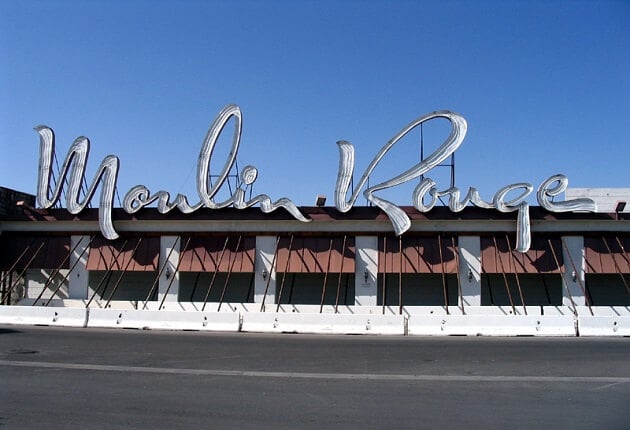 After years of failed promises, false hope, and contractual setbacks, the historic and long-deserted Moulin Rouge near downtown Las Vegas has been sold to a new owner. Once the sole desegregated gaming and entertainment venue in the Southern Nevada district, the property was recently sold for $3.1 million to a local company owned by Australian firm and capital investor, BBC Capital.

Included in the purchase price is roughly 11.3 acres of land and an active gaming licence without restrictions. RAH Capital, in which the property is now vested, will according to the agreement of sale also settle $2 million in outstanding liens connected to the removal of waste building materials from the property.

The plan is for RAH to develop a new casino on the site, BBC Capital local legal representative Josh Reid has reportedly confirmed.

Read More...Failed Lucky Dragon Sold To The Only Bidder

A Brief But Poignant History

With its name inspired by the original home of the can-can dance and namesake cabaret in Paris, the famous Moulin Rouge opened its doors in 1955. The first upscale casino and entertainment venue of its kind, it welcomed through its door’s visitors and entertainers of all races, backgrounds, and cultures.

The Moulin Rouge in its heyday hosted stars and celebrity entertainers like Nat King Cole, Frank Sinatra, Sammy Davis Jr., Louis Armstrong, and Dorothy Dandridge, and on June 20, 1955, the casino and hotel made the cover of Life magazine. The hotel also happened to be the only one in the area offering upper-class accommodation to Black performers and guests.

Though several fires have in recent years reduced the property to little more than broken glass and debris scattered across gutted rooms and hallways, and eventually no more than heaps of building material following demolition by local authorities, the site remains listed on the U.S. National Register of Historic Places for its role played in the civil rights movement.

The sale to RAH Capital marks the end of a financial struggle that began before the worldwide recession of 2008, during which time over 300 investors sank money into what would later be considered a bottomless pit when the lead developer went bankrupt.

Now that the historic site has eventually been successfully sold, local leaders and elders of a bygone era are keen to meet with the new owners to discuss their fears over issues such as gentrification and modernisation.

The sale of the site to RAH Capital was approved in mid-November by Clark County District Court Judge Elizabeth Gonzalez.

Live it up ONLINE! Find the fun at Canada’s TOP casinos.