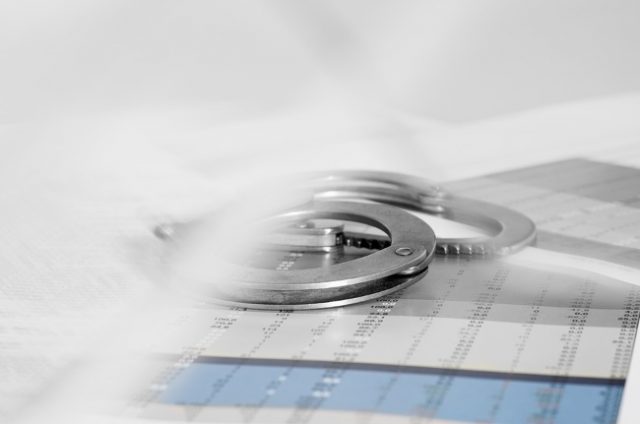 The plot has thickened and considerably so for the BCLC after the recent questionings and arrests that took place trackside at the operator’s Vancouver-based Hastings Racecourse. Attendees were shocked when members of the Canadian Border Services Agency arrived at the racecourse a couple of days ago and proceeded to summon a group of 26 people to leave be whatever they were doing at the time in order to be officially questioned. The operation was carried out in conjunction with the officials working for the Gaming Policy and Enforcement Branch. Of the 26 people who had been cuffed and summoned for questioning by the officials, witnesses later on pointed out, only 15 eventually returned to Hastings.

Not much was revealed as to the reason for the impromptu arrests at the time, but an unnamed individual has now divulged that an official employed as an inspector by the Gaming Policy and Enforcement Branch is currently being investigated for his having allegedly forged official documents that would allow foreigners to work (illegally) at the Vancouver racetrack.

It has also now emerged that most of the individuals who had been summoned for questioning on the day of the intimidating incident, had been nationals of Mexico. According to those present, the situation had at one stage been quite volatile and intimidating, with border control officials having demanded to see official forms of identification, proof of nationality, work permits, etc.

The entire thing had apparently first revealed itself for what it was when a Mexican employee working for one of the horse-owners at Hastings had made use of an identification card that supposedly belonged to a different employee altogether. The card was made to look like it belonged to one Brandon Carrion Gomez after a photograph of Gomez had been attached to falsified registration information on the card in question.

Gomez, who worked as a groom at Hastings, has apparently claimed that he had no prior knowledge of the fact that his registration was in fact not dinkum or even legal. This implies that the official being investigated may have been mandated and obviously paid off by someone else altogether.

A dead giveaway that something purposefully illegal has been going on at the racecourse is the fact that yet another worker, one Javier Olalde Angel, who happens to have been employed on the backstretch at Hastings for many years, upon having been questioned, revealed that he had paid CA$600 in order for the proper legal paperwork to be issued to him so that he could continue to work in Canada and at Hastings. Angel also revealed that he had all throughout the time of his having been employed at Hastings, received his weekly remuneration in cash payments.