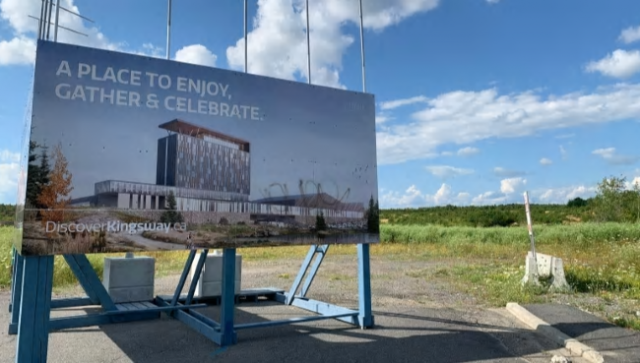 If one a single “certainty” has come from Greater Sudbury’s Kingsway Entertainment District (KED) conversation, then it is that it’s a theme that will prevail for quite some time yet. As if local businessman Tom Fortin’s legal battles with local officials aren’t taxing enough on news headlines involving the controversial development, former Downtown Business Improvement Area Association (BIA) chair Jeff MacIntyre now claims to have been threatened by City Analytics Officer (CAO) Ed Archer over his (MacIntyre’s) involvement in the appeals process regarding the development of KED.

The former chair recently made a slew of controversial statements and claims in an affidavit lodged at Ontario’s Superior Court; an affidavit that was drawn by MacIntyre in support of Fortin’s submissions to the court. Both men claim that the KED is secretly “serving someone’s personal purposes”.

No More Budget For BIA

MacIntyre states in his affidavit that Archer had following an Annual General Meeting of the BIA that took place on February 22, 2018, called a meeting with himself and fellow BIA-members Ms. Luoma and Mr. McCullagh. The ex-chair claims that during the course of the meeting, the CAO had voiced his disapproval regarding MacIntyre’s involvement in and support of the KED appeals process. Archer supposedly furthermore alluded to the fact that should MacIntyre and his fellow-supporters of the appeal move forward with their “contribution” then council could very well be prompted to review the BIA’s budget for the following year, or even go as far as to remove him from his position of chair.

MacIntyre claims throughout the course of the said affidavit that he at the time of Archer’s threats responded by saying that what council would in effect be doing was to fire him from a voluntary position. The CAO then allegedly responded by saying that he (MacIntyre) had “a lot of potential for the city” but that this potential would practically be ruined if the then-chair were to push ahead with his involvement in the appeals process.

City Council has since responded to the averments made by MacIntyre in his official affidavit. City spokesperson Shannon Dowling said that the fact that the parties are scheduled to meet at court on a future date aside, the city planned on opposing the BIA’s application that the by-laws approved by council with regards to the KED development be set aside.

MacIntyre apparently also goes on to implicate Ward 5 Councillor Robert Kirwan within the context of supposed threats received. He claims that Kirwan following the BIA’s lack of support of the development, threatened him on Facebook Messenger as well as telephonically about a “real backlash” that would follow if the BIA pressed on in an opposing fashion.

Hit the JACKPOT at the top Canadian online casinos. Sign up to WIN.