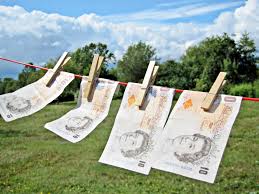 According to the CBC report, the news organization has been able to document almost $27 million dollars in suspicious casino transactions which, it believes, can be traced back to money laundering. In the report, investigators reviewed gambling activities at the River Rock Casino in Richmond and the Starlight Casino in New Westminster and found that a lack of willingness on the part of casino officials AND local officials may be to blame.

The CBC report has caused people in the media, as well as government officials, to demand more oversight of the province’s casino operations. But while some gaming operators and observers profess to be stunned at the report, others are not at all surprised.

Ed Rampone is one such person. Rampone is the former head of casino investigations in the British Columbia Gaming Policy and Enforcement Branch. In his position he had a bird’s eye view of the ease in which money is being laundered in the province’s casinos. Even Rampone, however, is astounded at the amount of cash that the CBC report mentioned. Rampone believes that the criminals who are laundering the money at the casinos are doing it as part of their gangs’ criminal activities. He acknowledges, however, that it’s not always easy to ascertain which gangs are involved in laundering cash at which casinos.

The majority of the documents which were used in the report were gathered by CBC via the Freedom of Information Act. These documents reveal that staff members at the River Rock and Starlight casinos did indeed notice that large quantities of small bills were being passed through the casino in suspicious transactions. These bills — in denominations of $20 and $50 — are believed to be the currency of the drug trade. Yet despite the suspicions of the casino staff and the presence of dozens of cameras which recorded the transactions — over 500 documented suspicious transactions in all — casino officials did not contact the police.

Where have We Been and Where Can We Go?

Money laundering involves “transforming the proceeds of crime into seemingly legitimate money or other assets.” In the process of laundering money at a casino, individuals bring cash, gained through illegal activities, to the casino. They play a few quick games and then claim the balance as winnings.

Reports of current money laundering aren’t the first time that BC casinos have faced this challenge. Three years ago CBC investigated the same issue and revealed that $8 million in suspicious transactions had been documented over the course of a three-month period. Following that report the provincial government announced that it would review casino operations. They also declared that they would be launching ananti-money laundering strategy. Rampone, however, believes that little has changed. “It’s bordering on negligence” Rampone said. “[They]just continue to rubber stamp this and pass it on as intelligence. ”

Rampone suggests that police be assigned to gaming centers and that they, casino security and casino staff members must challenge gamers who bring in large quantities of unsourced cash. Rampone points out that the lure of profiting from the “dirty” cash is too enticing to the casinos who are negligent in reporting their suspicions and, for this reason, they must be monitored more closely. “They ought to be turning [the money]away and not dealing it” Rampone said. He opinions that, by asking questions and, if necessary, intercepting the cash, the casino money-laundering would be stopped.

Yet from the casino’s point of view, that might not be the easiest course of action. Casinos deal mostly in cash for a variety of reasons. Many gamers prefer that their gambling activities not be linked to their local bank account or their credit or debit card where creditors could trace their gambling pursuits and, possibly, their wins. Others simply use their “mad money” which they’ve saved for their gaming entertainment which is often cash that was put away for just such a purpose.

ChristineDuhaime, a lawyer who specializes inanti-money laundering measures, agrees with Rampone. She says that the municipalities should allow for a greater police presence on the gaming floors. Such a presence, she said, would go far in deterring money-laundering (and other crimes).

BC Faces the Problem

What is clear to everyone is that the volume of suspicious transactions at British Columbia casinos is growing. The increase in criminal activity indicates that the provisional government needs to take stronger action to patrol the casinos. Casino observers are unanimous in their criticism of the role that the casinos play in money laundering. They note that the casinos are not contacting the authorities, even when staffers’ suspicions have been raised.

The B.C. Lottery Corp. has responded to the report. They say that no one has been convicted of money laundering through any of the casino operations that itlicenses. The Corporation also noted that if anyone buys chips or casino credit with cash and then quickly cashes out, the casino returns the exact denominations that the individual originally brought to the casino. In addition, issued checks are stamped with notations that alert banks and other financial institutions that the funds are not gaming winnings.

The B.C. Finance Ministry also responded by defendingits efforts to curb casino money laundering. The finance ministry, which stands to gain from the casino traffic through the gaming funds that it receives from its private casino partners, pointed to the casinos’ shift to electronic options which have been designed to tackle the problem. The electronic options, which include patron gaming-funds accounts, discourage gamers from bringing large amounts of cash to the casino. The ministry noted that recent casino banking activities are increasingly weighted towards non-cash transactions.

CBC intends to continue to monitor the situation.