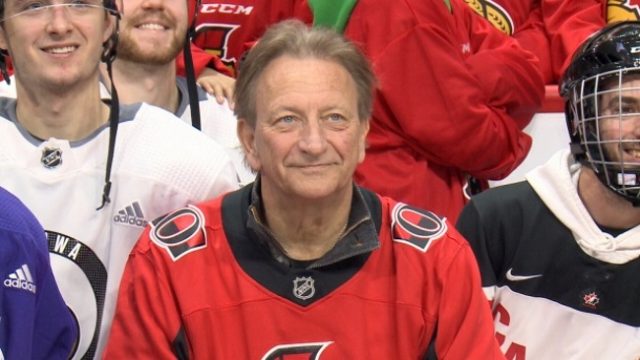 Casino group Mohegan Sun wants billionaire businessman and NHL Ottawa Senators owner Eugene Melnyk to pay his dues. The Canadian billionaire had allegedly issued drafts to the Connecticut casino but when the time came to release the funds, for reasons mostly known only to Melnyk himself, failed to sign off on the payments.

Melnyk, who currently lives in Barbados, is worth an estimated CA$1.2 billion, so its not as if the man cannot afford to settle the score with Mohegan Sun. The casino has however said that it is not at liberty to discuss any matter involved in pending litigation, and so nothing newsworthy has been forthcoming by way of an explanation.

Melnyk has been going it a mute too, but representative Sheldon Plener has made it quite clear that the expectation is that the entire ordeal will be swift.  Whether or not this implies that Melnyk will be parting with some money isn’t yet clear.

This isn’t the billionaire’s first brush with the law, or even with controversy for that matter. He initially made his money after having founded big pharmaceutical giant Biovail Corporation. The endeavour was later sold to Valeant Pharmaceuticals; being the very same Valeant that starred centre-stage in the controversial cancer medication price-hike debacle.

Melnyk may well not have had any horse in the price-hike race, having at that point already exited the pharma building, but that wasn’t where the controversy stopped and not by a long shot. The Canadian businessman in 2008 had a nasty brush with the long arm of the law when the US Securities brought him to task and Exchange Commission after it was discovered that he and Biovail had been practising creative and fraudulent accounting.

Then in 2011, it was announced that Melnyk was disqualified from assuming a leading role in any Canadian company. The announcement followed an investigation by the Ontario Securities Commission. The judgement remained in place for five years and was accompanied by a CA$565,000 fine.

Melnyk supposedly owes to Mohegan Sun casino gambling debt to the tune of CA$900,000. Its not as if the man named one of Canada’s wealthiest 100 people doesn’t have the pennies needed to settle his dues. But then again, stranger things have been known to happen, especially to those who, like Melnyk, seem to enjoy crossing enemy money lines and toying it up with the world’s exchange commissions.

Be a WINNER. Play ALL your favourite casino games ONLINE!