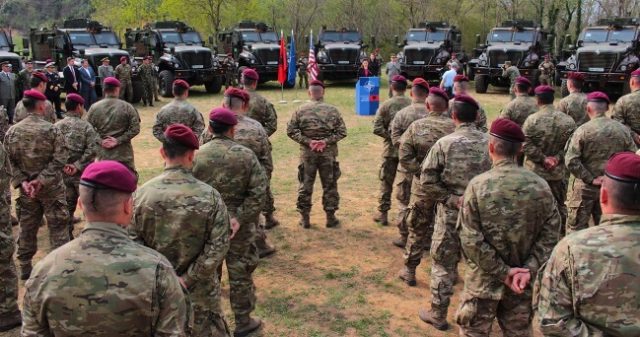 The US military, which operates thousands of slot machines on its bases, is going to have to do more to promote responsible gaming among its personnel. This follows the reintroduction of the Gambling Addiction Prevention (GAP) Act of 2019, a move that was welcomed by the National Council on Problem Gambling.

Executive director of the council, Keith Whyte said the issue was a critical one, as it had a unique impact on the military. He explained that it was the council’s opinion that the duty to protect the Department of Defence’s troops was ethical and economical.

Whyte added that the issue went beyond the matter of troops losing money and developing problematic gaming habits. He said that the department had a responsibility to do something, as it profited from gambling. According to the director, military personnel lost approximately US$100 million on the 3000 slots on various bases abroad in 2018, and that problem gaming affects an estimated 56,000 troops.

Whyte also praised senators Elizabeth Warren and Steve Daines, who reintroduced the GAP act. Representative Susie Lee introduced additional legislation. Lee said that one of the reasons she introduced the legislation was because, in terms of addiction, the military, including active members and veterans, was a vulnerable group.

What Must the Military Do?

According to the updated GAP act, the defence department must ensure problem gambling is included in its guidance, instructions, and regulations within 180 days. Also, in line with its other behavioural health offerings, it must draw up policies and develop initiatives such as treatment programmes.

It also must promote responsible gaming and provide educational tools on all bases on which gambling activities take place.

The approximately 3000 slots on various US army and marine bases around the world do more than provide a recreational option for bored, stressed soldiers. They also turn a tidy profit for the department.

The annual revenue generated by the machines, and there are likely thousands more on navy and air force bases, was estimated to be in the region of US$100 million. However, none has been used to provide support for personnel who struggle with problem gambling. Considering that, in 1999, the department said it had 8000 slots on 94 bases and posts, it could be much more prevalent that some may think.

The reintroduction of the GAP act means that is likely to change. Whether things change enough for the council and the senators remains to be seen.