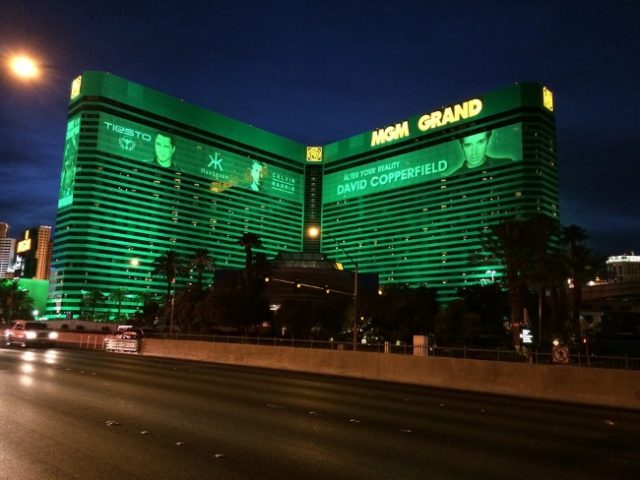 MGM is fully committed to the cause of becoming a whole lot less real estate and a great deal more casino operations. CEO Jim Murren some days ago confirmed that the casino and entertainment giant is now officially actively seeking a buyer for its Las Vegas-based MGM Grand. The property is the operator’s flagship property and is officially up for sale mere weeks after it was announced that MGM had successfully sold the property on which the Bellagio is situated to corporate investment New York powerhouse Blackstone Group for a smooth $4.25 billion.

Murren said that the expectation is that the Grand will attract a feasible buyer before the current year is out and that the MGM group hopes to raise sufficient capital in order to fund a possible IR Resort in Japan, pending approval. The cost of an Integrated Resort could see the operator anything up to $10 billion out of pocket.

Murren at the time of the MGM Grand announcement also confirmed that the operator had discovered a successful buyer for its Circus Circus Vegas Strip casino property in famous business mogul Phil Ruffin. The millionaire and Treasure Island owner has long had his heart set on a property on the Strip and has agreed to part with $825 million for the famous casino.

Once the operator has successfully sold its MGM Grand casino, the last remaining wholly owned land-and-business will be its MGM Springfield casino. Murren also at the time of the announcement about the Grand elaborated some on MGM’s plans for the future. The operator is currently trying to free up capital not only in an attempt to get a foot in the Osaka-door, but also to free up resources for a possible big-money investment in the US sports betting scene.

The Goal Is Disposable Capital

In addition to the properties and casinos wholly owned by the MGM Group, it also part-owns a couple of casinos. One of these is the CityCenter in Las Vegas, which is a joint venture between MGM and Dubai World. The famous Aria also happens to form part of CityCenter. Murren said that a decision as to whether or not the operator would eventually part ways with its bite of the CityCenter ownership pie has not yet been reached.

Whichever way the ball bounces, MGM is currently creating a much more flexible structure in terms of freed-up capital; which is something that will serve the operator and its business interests in future.