MGM To Sell Off Bellagio And MGM Grand 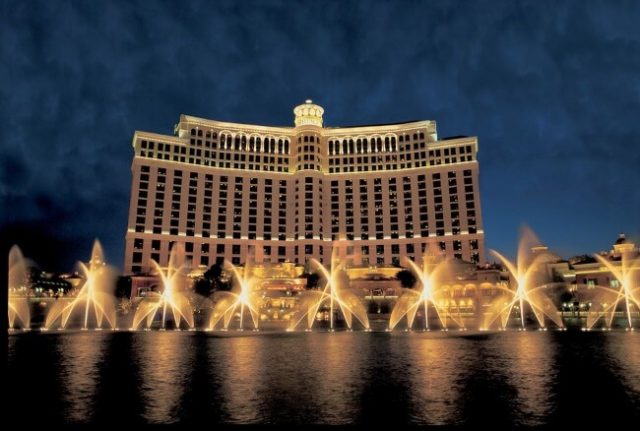 In an unexpected twist of events, MGM has decided to sell off the properties on which its flagship Bellagio and MGM Grand casinos and hotels are erected. The building structures will supposedly also form part of the deals. The casino giant will however retain the right to run and manage the Bellagio and the Grand. According to inside information, a number of likely buyers have been identified, one of which is MGM’s own real estate and leisure spin-off, namely MGM Growth Properties LLC (New York Stock Exchange: MGP). MGP remains part division of the casino giant but is independently owned.

The information regarding the details of the planned sale-leaseback deal was leaked to financial media powerhouse Bloomberg, who ran the story and made mention of the fact that the details were provided to them by unnamed sources and that the deal was currently considered “private”.

MGP owns a number of casino and entertainment properties as it stands, the bulk of which are situated in Las Vegas. The group’s real estate assets include the Mirage, Mandalay Bay, the Luxor, Excalibur, New York New York, and the Park MGM. MGP furthermore also owns the Borgata (Atlantic City), and MGM Springfield (Massachusetts).

The property spin-off division of Caesars Entertainment Corp as well as that of Penn National Gaming have been cited as possible new owners too; if they were to come to the party with considerable offers, that is.

Mum Is The Word On Aria

But that’s not to say that “outside” suitors will not be, or have not been, showing an interest in acquiring the properties too. No specific outsiders have been named by Bloomberg as far as the Bellagio and Grand are concerned, but the casino entertainment giant has in the past not been beyond selling off some of its most prominent properties.

Past examples include super-rich billionaire Phil Ruffin, who in 2008 acquired the property on which Treasure Island is located.  Ruffin in 2013 made a second offer to MGM, this time round with the hope of buying the real estate that is home to the Mirage. Ruffin at the time apparently offered to pay $1.3 billion for the prize property, but the offer was subsequently rejected by MGM. Whether or not Ruffin at the time upped the ante with higher offers was never confirmed or denied by MGM’s property division.

An assumption that may be regarded as pretty accurate is the fact that if MGM were to sell to outside persons or conglomerates, the fact will without a doubt be reflected in the size of the asking price, with the risk of a future disparity in resale decisions and the right to occupy in favour of the casino group.

As it stands, MGM’s Aria and Circus Circus venues have not been mentioned in connection with any real estate negotiations. The Aria, specifically, would in all likelihood fetch a pretty penny if its location were to ever be sold on the free market, what with it being situated on a prime piece of real estate property.