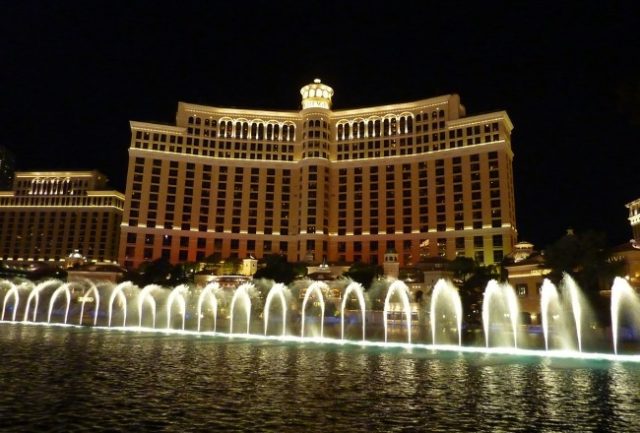 MGM Resorts International has officially off-loaded its flagship Bellagio casino to Blackstone Real Estate Investment Trust. The $4.25 billion deal will establish a joint operation and property venture between MGM and Blackstone as only the actual property and land on which the Bellagio is erected is effectively being sold off. MGM will continue to operate the casino with business carrying on as usual.

The lots of real estate that are home to MGM’s Grand and Bellagio casinos may fetch between $6 billion and $8 billion if sold on the open market. This is according to Macquarie financial analyst Chad Beynon. Beynon has added his voice to a global choir of speculation following the breaking news that the casino group is in fact looking to sell.

The idea behind the deal is that of freeing up capital resources for balance sheet stability’s sake as well as to create an investment bankroll that may be utilised in the wake of the news that Vegas may well soon experience an influx of new business following Caesars Entertainment having recently sold its Rio All-Suite Hotel and Casino to a financially strong investor.

The freeing up of financial resources by way of sale-leaseback transactions and the establishment of joint ventures is common in business. It enables the seller to significantly cut down on overheads and present and future expenditure projections whilst at the same time freeing up additional resources. In essence, it adds a significant amount of value to in favour of existing shareholders.

According to MGM CEO Jim Murren, the sale of the Bellagio will, together with the proposed sale of the group’s Circus Circus property, create enormous value for shareholders as well as financial leverage in favour of future operations and developments. The end-goal, said Murren, was to free up the necessary resources in order for MGM to be in a position to explore alternative growth opportunities, with the securitisation and development of a Japan Integrated Resort currently topping the group’s priority list.

In addition to securing either major shareholding or sole operational rights in Japan, the group also has its sights set on the budding US sports betting market. According to Murren, MGM desires no less than to become an industry leader in the sports betting field.

The freeing up of capital resources will enable the casino group to grow beyond its immediate 2021 projections and well into he future.