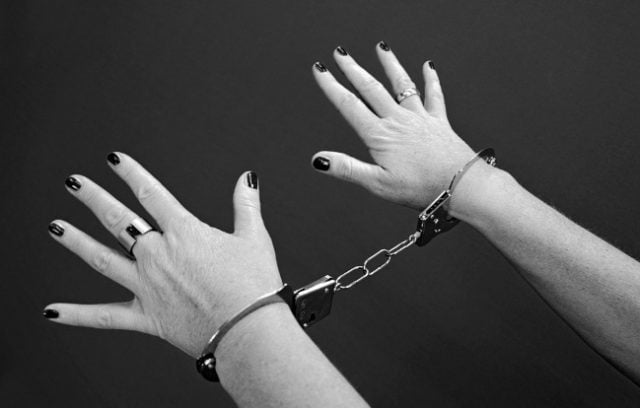 When reports of a vandal having caused what appeared to be malicious damage to MGM Springfield’s restaurant were telephoned through to the offices of local state troopers, the last person law enforcement officials would have expected to find on the wrong end of the law at the scene of the misconduct was Marian Sullivan, the Director of Communications for Springfield Mayor Domenic Sarno.

Whatever Sullivan’s gripe with MGM, the heavily intoxicated 27-year-old meant business when taking it out on first on the casino’s Cal Mare restaurant (which had incidentally been closed for the evening at the time) and further down the path of destruction, on two cars that had been parked in one of the casino’s underground parking lots. This was where the troopers eventually managed to apprehend Sullivan at just before the hour of 3 a.m. on the morning of Sunday November 17th.

Going At It With Lemons

Police then proceeded to check the surveillance and discovered that Sullivan had entered the casino unaccompanied and in an obviously befuddled state earlier on that morning at around 2:30 a.m. She had initially tried to pull down the lever of a slot machine with her right foot, after which she proceeded to walk over to the counter of the closed Cal Mare. She kicked some items from the counter of the restaurant and then, using her hands, shoved a cash register and printer to the floor on her way over to an indoor lemon tree.

Surveillance then shows her picking lemons from the tree and throwing these in the direction of the kitchen and dining room area of the restaurant before proceeding on her way towards the fourth floor of the casino’s parking lot. Here she then proceeds to vent her frustration on two supposedly random cars by kicking away aimlessly at the two vehicles.

It was at this point, after having lashed out at the cars, that the troopers apprehended Sullivan. They initially showed no intention of arresting her, telling her that she should call for a safe ride home and that they would summon her to appear in court at a later date.

She however ignores their good advices and proceeds to try to Face Time Springfield MGM’s President Mike Mathis, supposedly telling Mathis that she was “being held captive by your boys”. It’s at this point that Sullivan is eventually placed in handcuffs (supposedly mostly in the interest of her own safety).

On the Monday morning following the incident, Sullivan pleaded not guilty on a charge of causing malicious damage to public as well as privately owned property. She was then released on bail and the matter postponed to January 28th in order to allow for a proper investigation to be conducted. Sullivan has since been placed on administrative leave by the Mayor’s office. She has worked for Mayor Sarno for the past four years.