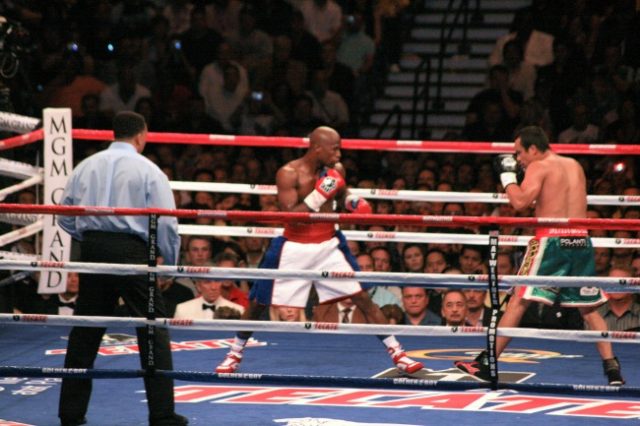 Controversial boxing legend Floyd Mayweather is reaching for more than fame or the stars. Mayweather wants to build his own casino empire in Japan. And now that the country has begun moving forward with its plans to authorise the development and construction of three Integrated Resorts by 2020, Mayweather is dead set on getting a sparring foot in the door and ultimately being awarded the right to develop what he refers to as a “casino empire” in Okinawa.

As to how the boxer plans on funding his future casino empire, there are already specific strategies in place, despite his not having been even considered yet for developing rights by local Japanese gambling authorities. If Mayweather were to pull nothing short of a miracle from his boxing trunks by securing development rights vied for by everyone from MGM to Wynn Resorts Ltd., he plans on part-funding the multi-million dollar development from the proceeds of an upcoming high-profile fight between his truly and none other than Manny Pacquiao.

It all ties together with Mayweather having launched TMT Japan in Tokyo in June. He did this in conjunction with a new partnership formed in association with the Kyoei boxing gym and management company Libera. According to Hong Kong-based boxing promoter Jay Lau, the sole purpose for Mayweather’s interest in the Far East; and in Japan in particular; revolves around the famous boxer’s interest in securing the rights to a casino development.

When discussions around a possible high profile fight first emerged, Mayweather seemed content with whichever fighter showed an interest. But now that he has his supposed sights set firmly on one of Japan’s IR Resorts, he’s going all out on the public relations front in an attempt to gain public traction. Setting up casino shop in Japan will be no cheap affair either and Mayweather obviously hopes to raise nothing short of money-fight proceeds.

In the meantime, Japan is getting ready to establish and set up a 5-member casino commission tasked with overseeing the initial formation of a regulated gambling industry in the country. The commission is expected to be seated in office by as early as January 2020.

The commission will oversee the entire process, including conducting background and criminal checks, in-depth investigations into the corporate characters of all interested operators, financial feasibility inquisitions and even verification and background checks on staff members to be in the local employment of the successful operators.

Bet on BOXING online. Back a WINNER today!