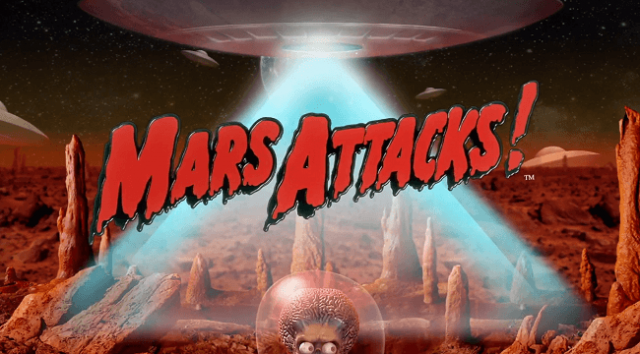 Valentine’s Day appeared eager to spread its own version of what love is to a single player on the eve of the annual high day of love. A 33-year old chef hailing from Northern Ireland won a whopping £4.3 million jackpot whilst playing Mars Attacks® slot, a game based on the 1995 sci-fi classic film by the same name.

Life certainly does have a way of offering up some very special rewards. Sean Doyle had been on duty on Valentine’s Day and the lovelorn chef had that day prepared a Valentine’s meal for the patrons of the Artisan Cookhouse, a local eatery situated in Strangford.

Doyle may not have been recently lucky in love, but Lady Luck certainly has smiled favourable on him in another area of his life! Doyle’s story has since attracted a lot of interest from the media.

Doyle has revealed just some of the plans that he has for the unexpected fortune. Among these, the most admirable is his desire to own and operate his own eatery; one in the form of a cafe. But, says the singleton chef, friends and family deserve to share in his spoils too. It certainly seems as if Doyle’s windfall will be put to good use indeed.

Blueprint Gaming are the developers behind the Mars Attacks ® slot, and as branded games go, it’s been a very popular choice at Paddy Power Casino. The game has been available on the operator’s platform since December of last year.

The game is chock-full of special moderator features, including Radiation Blaster, Abduction Beam, Expansion Cannon, Mega Shrink Ray and Sub-Zero Laser. 20 Paylines and a 5×3 grid is where all of the 3,125 ways to win action takes place.

Mars Attacks ® is part of Blueprint Gaming’s Jackpot King Deluxe progressive jackpot network, and so this explains the sheer size of Doyle’s win. The game includes 3 jackpot levels; with 2 of the 3 guaranteed to pay out before their respective thresholds are reached.

Our chef must have logged in at just the right time, because he was fortunate enough to make the third and final jackpot to fall in his favour. The King Jackpot is the biggest of the three and certainly has made a very happy singleton of Sean Doyle!

Are YOU feeling lucky? Play the hottest slots online all year round.