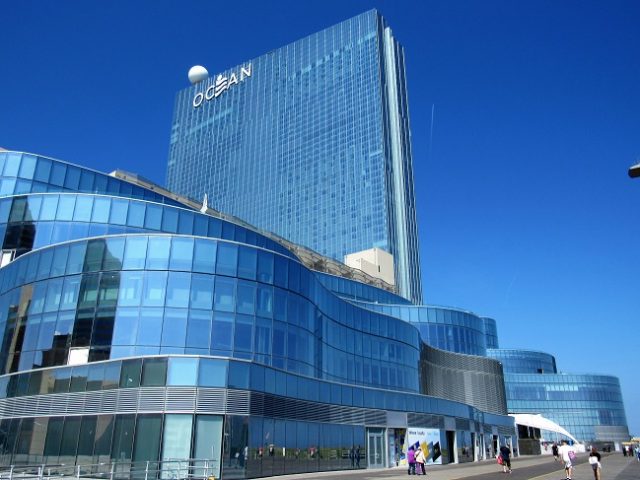 138,000 square ft. of pure gaming entertainment perfectly complimented by breathtaking views of the ocean. One can almost not imagine how this kind of potential can be mismanaged.  And yet, it must be possible, as most of the operations at Atlantic City’s Ocean Resort Casino have been stagnant for the last year. Only the casino’s sportsbook offering remained fully functional in this time.

But a new day has dawned in Atlantic City and a bright new sun is on the horizon because the casino has been sold to Luxor Capital Group. Two top executives have been relieved of their duties, and the group has inked a lucrative new deal with the Arena Football League (AFL).

CEO Frank Leone as well as his CFO, Alan Greenstein, have both been given the boot. The former Chief Operations Officer at the Atlantic Club Casino Hotel, Eric Matejevich, has been appointed as acting Chief Executive until such time as a permanent appointment is made. The role of Chief Financial Officer will be fulfilled by Terry Glebocki (previously employed in the same role at Tropicana Atlantic City).

Luxor has obviously thought long and hard about the way forward, and replacing the backbone of the casino was the most logical way forward. The group has said that by bringing fresh new talent to the table, it hoped that the resort would soon re-gain its former momentum before its prior operational structure had gone belly-up.

But even more exciting is the fact that Ocean is now the official host hotel of a brand new Atlantic City AFL team. The team’s name is yet to be released, but it really does seem quite befitting that a day new should involve a new beginning on all fronts. Sportsbetting is at an all-time high in the US, and the gambling industry’s associations and sponsorship partnerships with pro-leagues and professional sports teams is the favourite flavour of the day. When administered correctly, it’s a partnership that works really well.

Everything from brand association to an improved fan experience benefits from associations such as these. One man that is especially excited about Ocean’s new partnership with the yet-to-be-named AFL team is Ocean’s VP of Marketing and Sales, namely Peter Cicconne. Cicconne mentioned just some of the exciting changes that are coming the way of Ocean’s bettors as well as AFL supporters in the region. Special rates and discounted ticket prices will be rolled out to AFL fans, and the expectation is that a loyalty program will be the vehicle by which this will be effected.

The Luxor Group has said that more details about the partnership with the team will be released during the coming weeks.

But for now, it’s good to know that new life has been breathed into a stunning location with endless entertainment potential.

Play your favourite casino games in the comfort of your OWN HOME!