Failed Lucky Dragon Sold To The Only Bidder 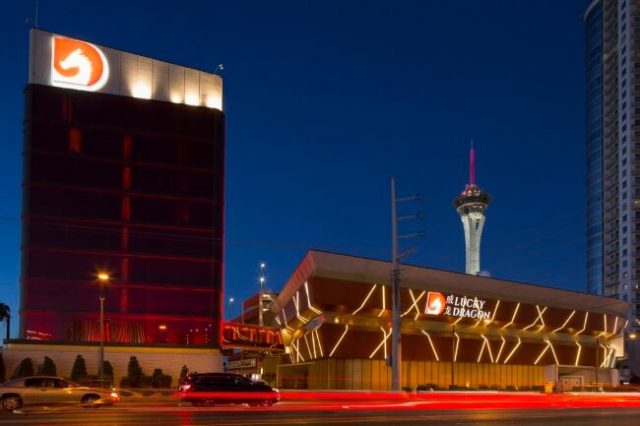 Any salesman worth his vocational salt will tell you: literally anything can be sold, even a sinking ship. Consider the case of that dismal off-the-Strip failure, the Lucky Dragon. The project was recently sold to a developer willing to put up money to the tune of $36 million for the small and humble privilege of turning the building into a non-gaming hotel and conference venue.

According to developer Don Ahern, the CEO and chairman of Ahern Rentals, the first order of business will be to change the project’s name to something other than Lucky Dragon. The venue has, after all, proven itself of being capable of mostly bringing about the exact opposite of luck.

A New Low For Vegas

Most of the Lucky Dragon’s habit of fault had much to do with its unfortunate location. Its situated on what is commonly referred to as the wrong end of the Strip; a place visitors to the Strip seldom go. As it turns out, not even the authentic Asian entertainment or the Asian street food would be enough of a draw-card to lure customers closer.

The $160 million Lucky Dragon was the very first casino to be constructed after the recession, and it finally opened its doors during 2016. At the time, it had said that its main mission would be to attract the business of Asian high rollers by offering a unique Asian experience that was tailor made for the local market.

But alas, it was not meant to be and in January of 2018, the Lucky Dragon finally gave up the last of its ghost and finally shut its doors, making it one of the shortest-living casinos to ever have been operated in Las Vegas.

At the time of the business having filed for bankruptcy in 2018, owner and developer Andrew Fonfa had claimed it to be worth around $143 million. Snow Covered Capital, his main creditor at the time and quite anxious for a sale in the interest of limiting its losses, said that Fonfa had had it all wrong and that the property was not even worth half of that valuation.

The $36 million that Fonfa has now managed to secure as a purchase price does not even cover the $50 million still owing to Snow Covered Capital. But then again, one has to be careful when counting one’s blessings, or rather when bemoaning a lack thereof, because the Fonfa could very well have been stuck with a white elephant.

When the property had been advertised as having gone on auction only a year ago, not a single buyer had shown up at the party.