Louisiana Governor Gets Behind Sports Betting 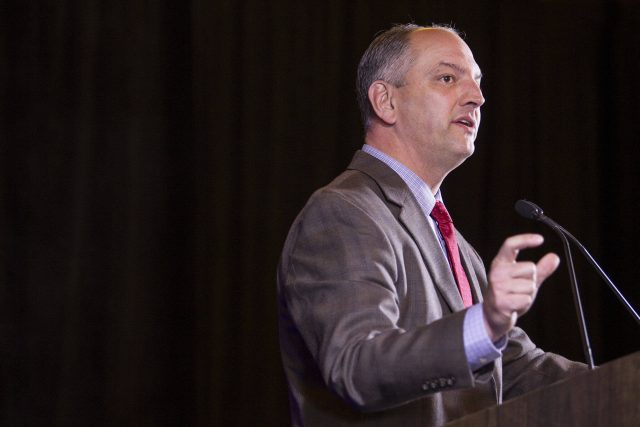 Louisiana might soon become the latest in a long line of US states to legalize sports gambling if the state’s governor’s plans go well. Gov. John Bel Edwards has publicly voiced his support for the industry, noting that revenue from the wagers would be invaluable when put towards boosting early childhood education programs.

In discussing the meeting at the Baton Rouge Press Club, the governor noted that he wants to be in a position to allow sports punting in the state because it is already happening over in Mississippi. In his mind, allowing the industry to thrive at local casinos would make them competitive so that customers skipping the venues to travel to other states do not ravage the rest of their offerings.

Mississippi is the neighbouring state of Louisiana, which gives residents of the latter state the choice to travel across the state border to enjoy sports betting opportunities. MI introduced the pastime in August last year, becoming one of the first seven US states to regulate it after the PASPA act of 1992 was reversed by the Supreme Court. Arkansas, another neighbour of Louisiana, approved wagering in last year’s November’s elections.

Should lawmakers in the state of bluegrass and soul food approve sport wagers, it may still take a while before the activity is formally on offer. Once legislators green-light the bill, Edwards would need to approve it himself before every parish state-wide would be granted the right to vote on whether or not they want the activity present in their territories.

During the press gathering, Edwards asserted that he’d like to see all revenues from the industry put towards childhood education. He feels that this is essential to help close performance gaps seen between impoverished and wealthy students, as well as been white people and those of color.

He also added that the state has plenty of students who show up to school unprepared to learn, and the education system never catches up with them. If his government is serious about state education, he added, the move is just ‘something [they] are going to have to do.’

However, despite his heart being in the right place, not everyone wants the entirely of the revenues to be pumped into schooling. Chairman of the Louisiana Gaming Control Board Ronnie James is adamant that a portion should be put towards fighting gambling addiction among locals.

Lawmakers are now in the process of holding a sports wagering study in a bid to better understand the industry. Any legislation on the topic will not be approved until that study has concluded, meaning that Louisianan residents should not expect any concrete progress until 2020 or later.

Do YOU want to bet on sport? Put your money down at Canada’s most trusted online sportsbooks!