Starlight To Get Its London Home After All 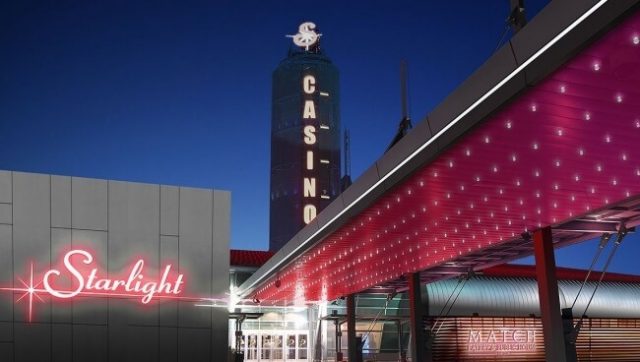 Gateway’s new London, Ontario-based Starlight Casino finally has a home. Ever since plans for the new London casino venue were first announced, uncertainty appeared to plague every step of the future way. Disparity and indecision rose to a flaring high point when the time came to approve the exact location of the new casino and entertainment complex.

Eventually, the decision was narrowed down to two possibilities. Both possibilities enjoyed fair support from Gateway itself, but eventually community members leaned more towards Wonderland Road. And so it was decided on one fine day at City Hall that Wonderland Road, just north of Wharncliffe Road, would become the home of Gateway & Entertainment’s Starlight Casino.

Read More… Government Steps In To Save Niagara Falls

To Zone Or To Re-Zone

Many however remain concerned about the fact that not everyone who would ultimately be impacted in some way by the location of the venue, actually got to have a say in the matter. The real issue at hand is the fact that re-zoning will have to take place if Starlight is to shine its bright casino lights on Wonderland and surrounds.

The casino complex will upon completion be one of many other businesses in the area. A major concern is the fact that only 11 notices were served on local business owners. There are many more than 11 businesses registered and operating in the immediate surroundings of the allocated location.

But supporters of Starlight’s future location are convinced that had the matter had to have been put to a further public vote, even more delays would have been caused; delays that could very well have been responsible for the project to be canned altogether.

But why then the urgency to get things done if so much controversy appears to be at the order of the day? The answer is short: job creation. The region is in desperate need of a job boost and the new Gateway development is the quickest route towards reaching this particular goal. Not only will the CA$75 million casino development create jobs for local people, but also for those coming in from neighbouring communities. All of the gaming allocations received from Gateway will be invested into London itself.

The fact that council members were the only ones actually to have had a vote in the matter of location remains a concern and many fear a public outcry at some point along the line. But for now, its full speed ahead for Gateway’s Starlight, regardless of what consequences may follow.