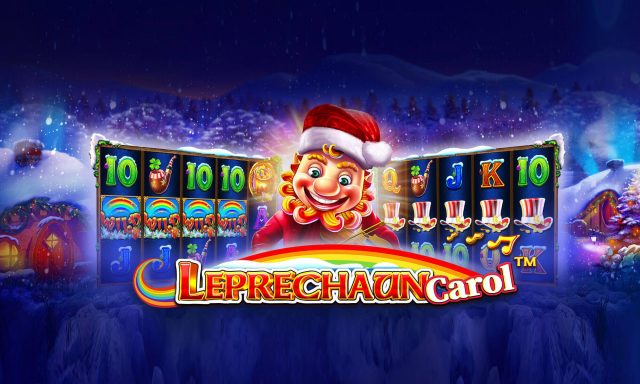 With Christmas just around the corner, slots developers are working hard to get suitably festive games to their players around the world this December. The latest such release has just landed at online casinos as well, coming from the expert studio technicians of Pragmatic Play.

Malta-based Pragmatic’s newest release is the Christmassy Leprechaun Carol slot machine, which fuses a traditional seasonal theme with Irish action for even more premium entertainment. Accompanying a thick layer of snow and colourful strings of lights is a jovial Leprechaun as a main character, whose chilly village is the site of all the fun you’ll be experiencing as you spin the reels.

Looking at the scene, you’d hardly recognize the emerald hills of Ireland under such a thick layer of frost. Meadows filled with white flowers, bare trees, and tiny homes decorated with festive ornaments complete the scene, making for an entertaining yet wholesome gaming experiences that all players can enjoy.

The main Leprechaun sits at the top of the reel set too, encouraging you with cheers whenever you land a lucky symbol combination. Last but not least, a last touch reminiscent of the Emerald Isles has been added in the form of a huge rainbow swirling around the top of the screen.

As for its mechanics, the base game boasts three separate reel modifiers, including a cash prize modifier, a wild symbol, and giant stacked symbols for extra special wins. Land some wilds alongside stacked icons and you could enjoy some extremely hefty prizes in Leprechaun Carol to get you through the festive season in style!

Alongside these special features are no less than three immersive bonus rounds as well. Look out for the free spins round and the coin collector and giant symbol modes, all of which have been designed to maximize your winning potential from both desktop and mobile gaming channels.

Commenting on the release, Pragmatic Play CCO Melissa Summerfield has said that her team is thrilled to release its latest Christmas-themed slot for the 2018 season, complete with a mischievous Leprechaun and a wintry rural setting. Along with boasting innovative reel modifiers, she said, the title’s interactive bonus modes make every spin more engaging, and also give players the chance to win massive returns, no matter their stakes.

In the mood for festive fun? Play the BEST online slots now!