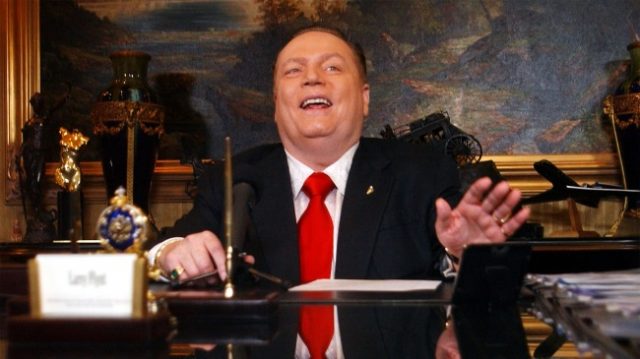 Hustler magazine founder Larry Flynt has finally succeeded in convincing a panel of California Court of Appeal judges that he should be permitted to challenge a severely out dated 1986 state law preventing those who own shares in any gambling facility in California to also own casino shares outside of the state.

Flynt approached the Golden state’s Ninth Circuit Court of Appeals after his application to overturn the 1986 law was denied by a local California court in 2017. He pressed on despite the setback and has at long last achieved what he had first set out to do. The archaic law did surf its own wave of merits at the time and was initially signed into force in an attempt to curb organised crime in the state.

Flynt Has Lost Out On Millions

Flynt, who owns two casinos in Los Angeles, is of the opinion that he has to date lost on out millions of dollars of potential revenue for not having been granted the necessary permission to assume ownership of casinos situated in other states.

The Hustler-man claims to have been approached by operators in Nevada, Colorado, Louisiana and others, but that he has had to decline those offers because of the limitations of the out dated law, which he firmly believes to be unconstitutional.

Flynt’s application to challenge the law was approved by a vote of 2-1, with Judge Johnnie Rawlinson being the only one on the panel to have voted in the negative. Rawlinson has since explained the decision behind her opposing vote and has said that she is particularly concerned that by allowing Flynt to challenge the law in question, the court will have opened a can of worms in the way of creating a precedent for more people to challenge the legality of a variety of US gambling laws.

The panel eventually voted in favour of Flynt because of the principle of continued business activities being denied is in direct contravention with the US Constitution. Flynt’s previous attempts at overthrowing the archaic law was thwarted as a result of California state legal representatives having successfully convinced the court that the law in question could not be challenged due to the fact that the statutes of limitations authorising such a challenge had expired.

The US legal system is however rooted firmly in the value of allowing laws to be challenged by the people as this ensures that laws remain relevant and progressive; a universal concept Larry Flynt no doubt approves of.