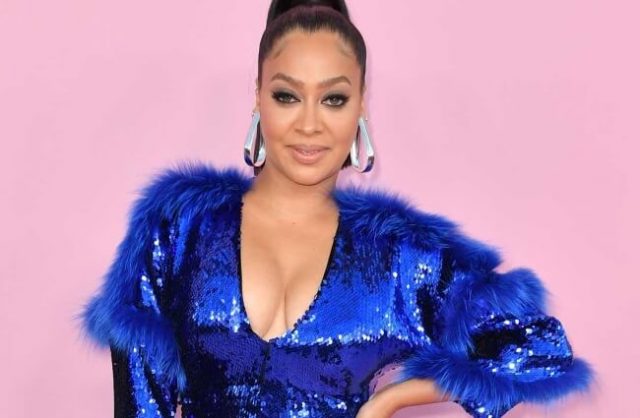 You just gotta love slots! And it can be safely assumed that TV star La La Anthony is a fan of spinning the reels, following her fantastic $68,000 win during a recent visit to New Orleans. And truth be told, the 36 year old Power-actress was probably in dire need of a bit of good news, considering the fact that her jackpot win happened shortly after the actress announced that she would be divorcing NBA star Carmelo Anthony.

La La’s lucky break on the slots happened during her attendance of the Essence Festival. She shared the good news with her Instagram followers immediately after. All indications were that husband Carmelo did not join her at the festival.

La La and husband Carmelo Anthony got wed back in 2010 and the couple have a 12-year old son. The pair initially separated in 2017 when their wedding boat first entered shaky waters. They then got back together for a brief time but all indications are that leaked pictures of husband Carmelo having on grand old time with an unnamed woman on a yacht turned out to be the final nail in the coffin for the marriage.

Carmelo and La La got engaged in 2004 (on Christmas day, no less!) and their 2010 wedding was aired as part of their VH1 reality show, La La’s Full Court Wedding. Carmelo and La La are both native Brooklyn residents. Carmelo is a 10-time NBA All Star basketball champion and has played for the Nuggets, the Nicks, Oklahoma City Thunder and also for the Houston Rockets.

La La’s Jackpot win could therefore not have come at a better time, even if just for that lucky pick-me-up feeling of having won. The star most definitely doesn’t need the money, being a shrewd businesswoman herself.

It isn’t yet clear how far the divorce proceedings from husband Carmelo have progressed, but thanks to his other-woman-shenanigans, the writing appears to be firmly on the wall. The formal announcement by La La’s agent did not reveal any more information save for the fact that their relationship had reached the point of no return and that the couple has been living apart for quite some time.

The announcement emphasised the fact that La La and Carmelo would remain committed and loving towards their 12-year old son, despite the breakdown of their marital union.

Ready to hit the JACKPOT? Play top slots online and see if luck is on YOUR side!